England home and away kits for 2016 Euro championship has been released and below are the official pictures of both white/light blue home kit and the red away kit. 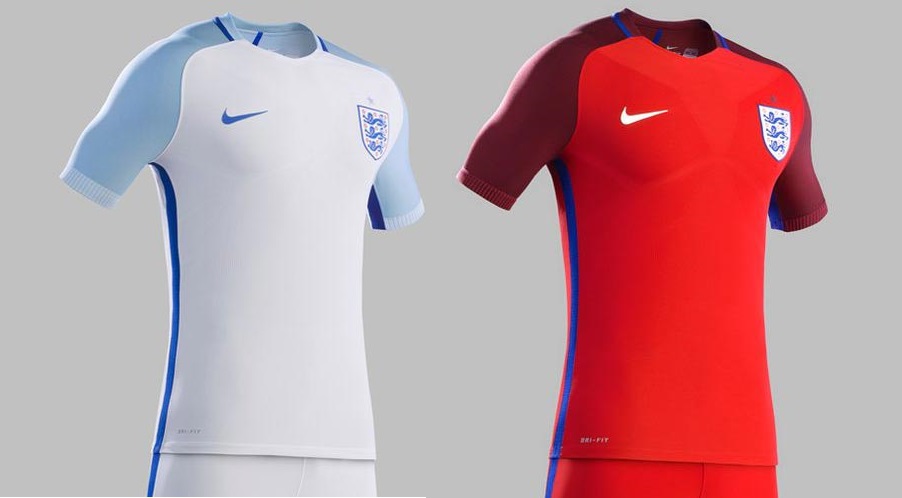 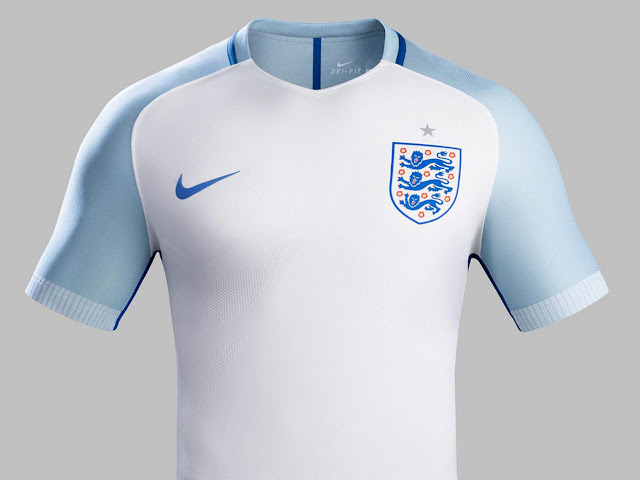 England home kit for the UEFA Euro 2016 will feature traditional design with mainly white and light blue application on the sleeves. 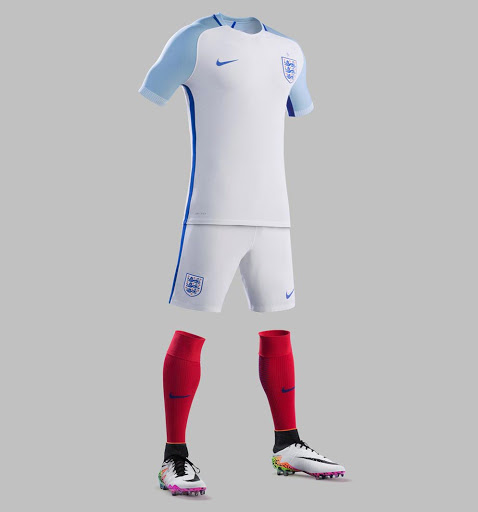 The most recent home kit released by Nike featured a plain white shirt with a v-collar but for the Euros Nike will have a little more blue on what is likely to be a round collar. 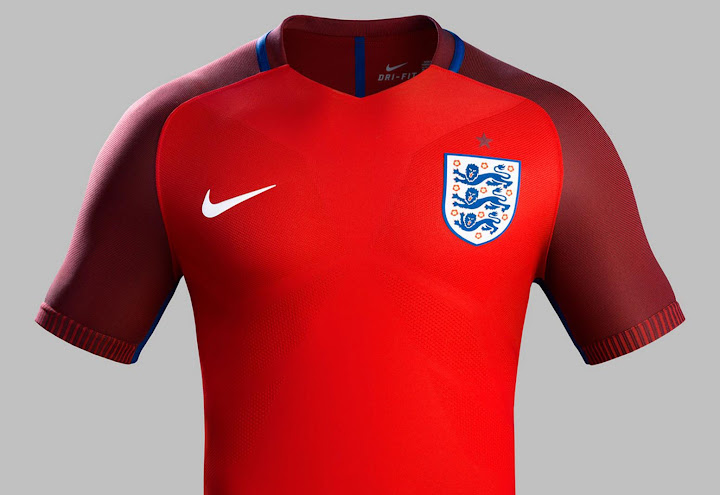 Away kit is also set to keep the traditional red with darker red application featuring the same template as home shirt. Both kits will be released on 26th March 2016. 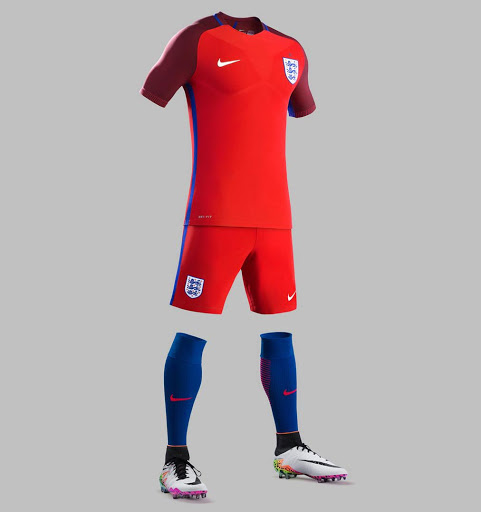 Once any leaks are made available online we will update this page and also on the day of official release which is likely to be at the end of december. We leave you with England’s last three Euro kits. 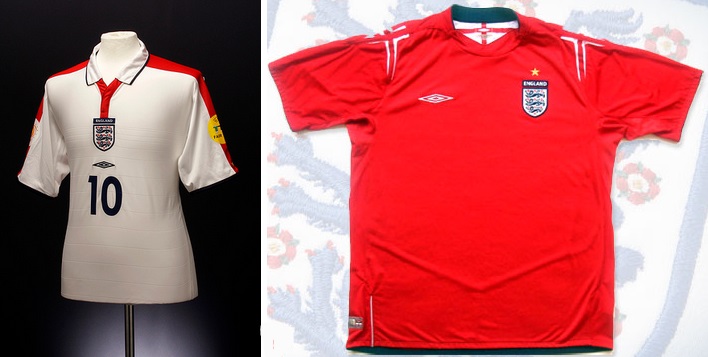 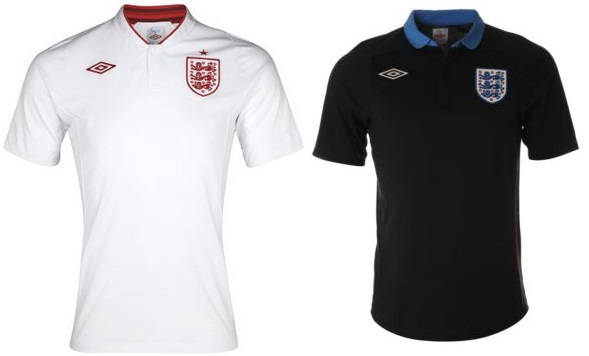