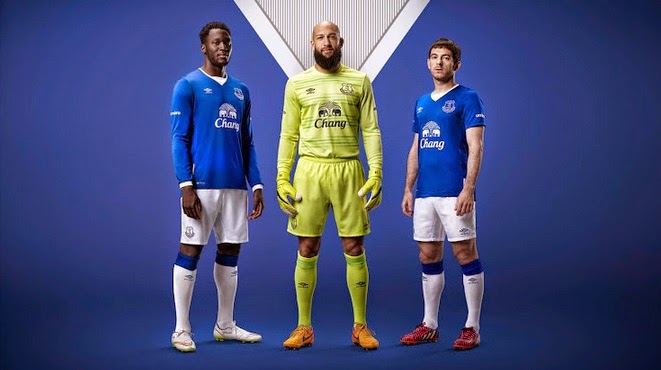 Everton’s new home kit for 2015-16 season produced by English brand Umbro will be unveiled officially on 21st May 2015 and the team will be playing their first match in the new kit on last matchday of current season against Tottenham Hotspurs. Everton official website and umbro has already released the teaser of the new home kit which comes in classic everton colours with a smal Vshaped collar.

Umbro and Everton has already teased the fans with the close up teaser of the kit ahead of the official launch on 21st May. But a leaked picture is doing the rounds of everton forums today which might could be the real pictures of the new home kit. 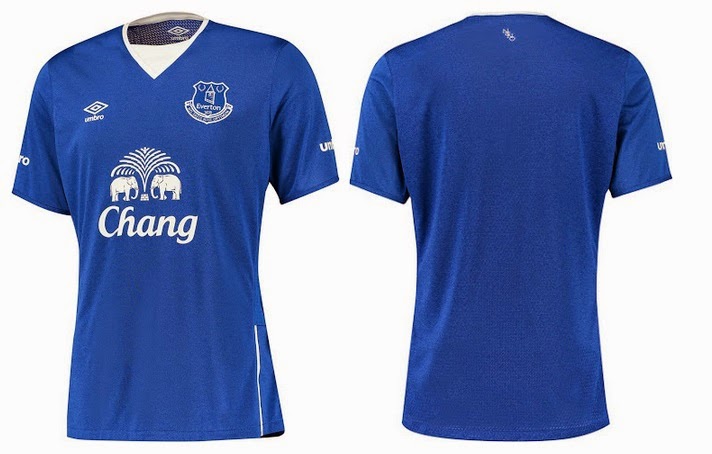 The kit features a simple classic everton blue colour design with a polo style collar. The kit also features white colour application on the sleeves and at the back of collar. We will update the post on thursday, 21st may 2015.

Everton unveiled a promotional teaser 1 day ahead of the official launch: 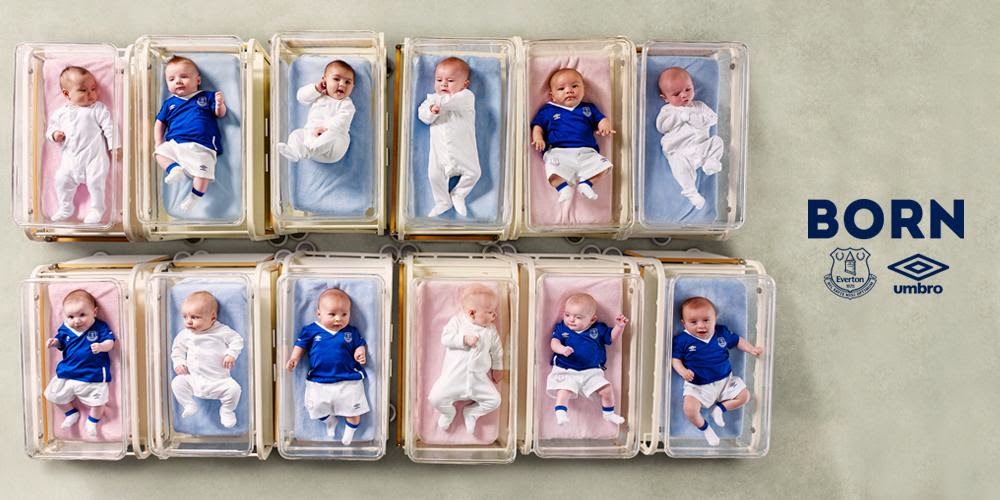