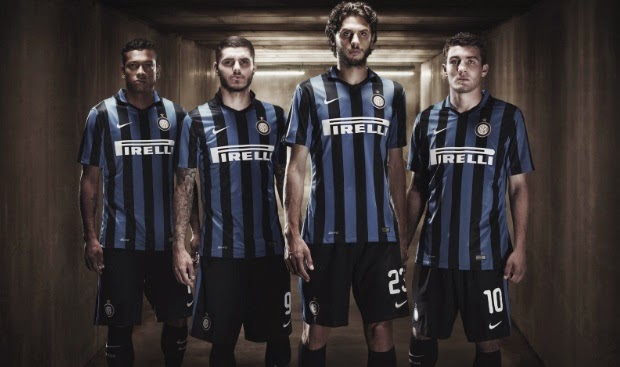 Italian Serie A team Inter Milan has a kit suppliers contract with Nike and their rumored home, away  and third kits for 2015-16 season has been leaked. Home kit is a very traditional blue/black stripe design, away kit is a white with blue/black application but Nike did some experiment with the third kit which comes in yellow colour. more details below.

All new Nike 2015-16 home kit for Italian side Inter Milan has been leaked and it comes with traditional blue/black stripe design with a polo collar. 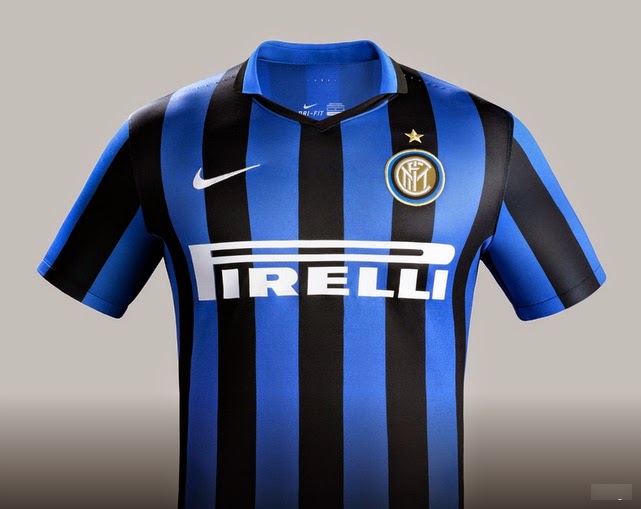 Nike are going a bit against the traditional with larger stripes instead of thin pinstripes design. I personally don’t like the home kit and very much dislike the away one which is shown below. 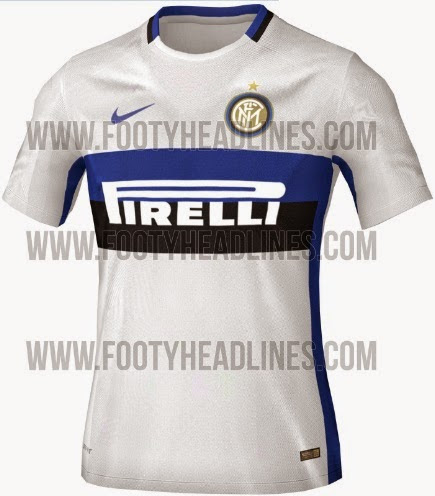 The away kit of Inter Milan from nike is a total makeover with white and blue colours where blue colour feature in shoulder and sleeves while middle to lower front of the kit is white and we also have light blue lines on the side of the kit as well as the separator of upper and middle area of the kit.

This will be the new yellow third alternative kit for Inter milan: 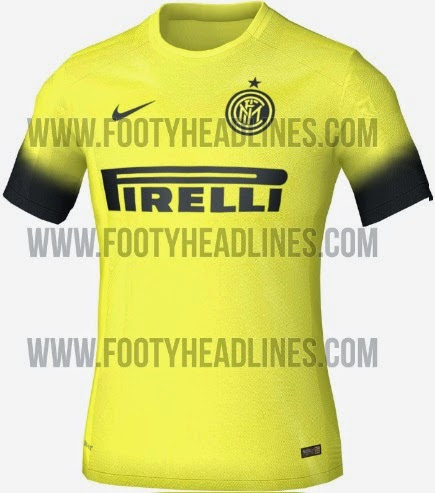