All new puma Leicester City 2015-16 kits has been leaked and the home kit will be released officially on 24 May 2015 while the away and third kits should be out before the pre-season matches gets underway in July 2015. here are the leaked images of home kit and the design drafts for away and third kits.

This is the new home kit for premier league side Leicester City 2015-16 season. 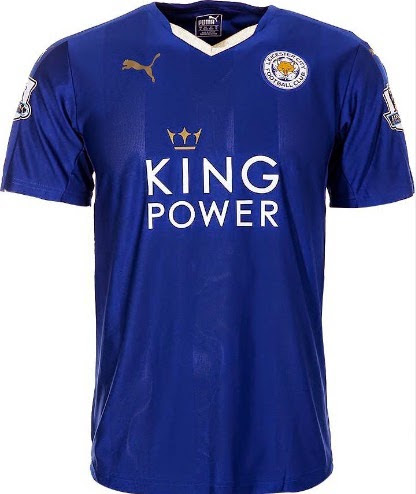 The new home kit comes plain blue desing with just single white application on the small v-shapped collar. While the logo of Puma is in gold colour. Blue shorts will make it an all blue kit for the foxes next season.

This is a draft of leaked away kit for 2015-16 season which comes in unique black design which features a diamond design in faded colours across the shirt while their is single white stripe on the sholder and also on the collar. 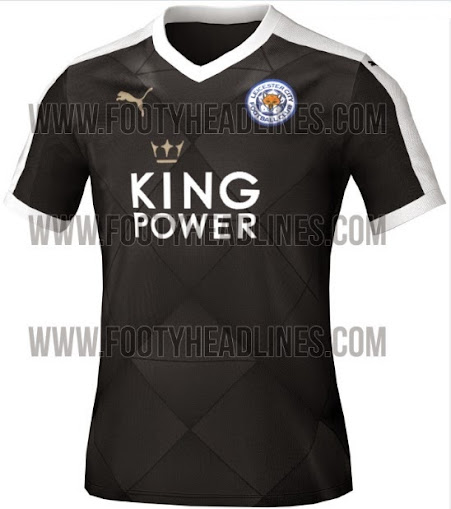 The third kit features similar design to the one like away kit but in white colour and blue application. The collar is small round with buttons. 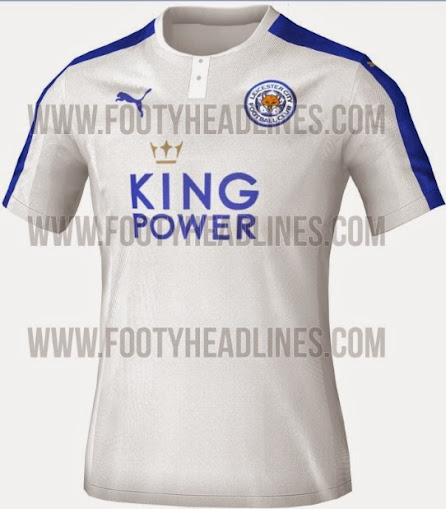