Adidas are set to produce a very classy Real Madrid 2016-17 home kit for next season which is inspired by the rich history of the club and will feature the iconic alternative purple application across the shirt and shorts. The first kit picture for next season has been leaked and below are all the details on new Real Madrid home and away kits.

The image below is real and it is the new Real Madrid 2016-16 kit which features classic white design with polo collar and purple application on the sides of the shirt. 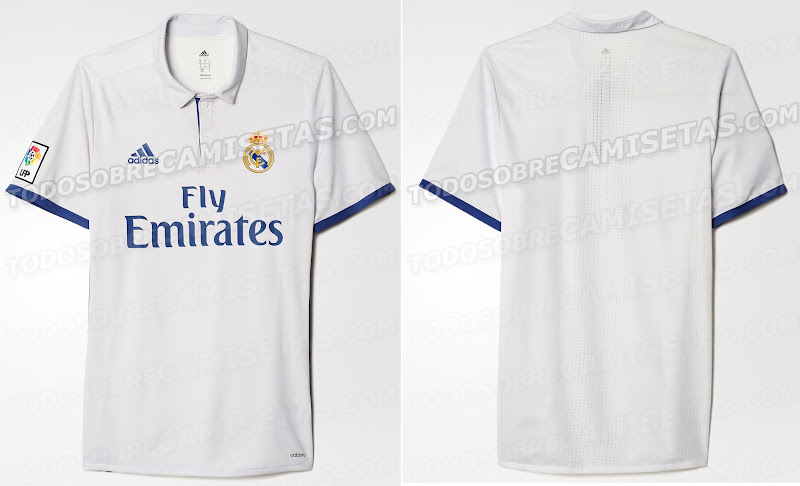 The kit design for new home kit is inspired by the Real Madrid shirts in the very early era of the club. The white collar gives the shirt a very classy look while the alternative “ray purple” colour used in the shirt is very much different to bold application colours what Real Madrid home kit featured in last few years. 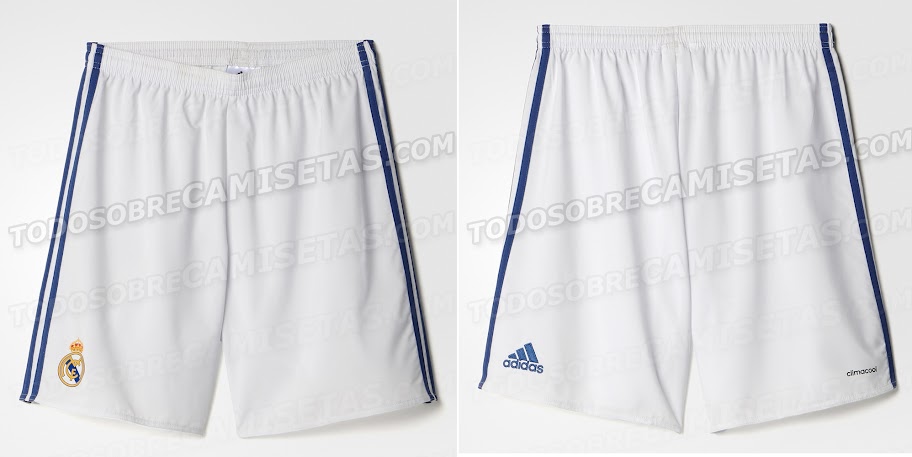 The away kit will feature the famous “purple” colour with white application around the shirt and socks. The purple colour which will be used in the new away shirt will be more bold than the usual underwhelming pale colours used in the past. The adidas stripes are set to be on the sides of the shirt instead of shoulders.

Last time Real Madrid kit were produced in purple colour was back in 2007-08 season. The away purple kit will be released somewhere in summer 2016 and we will be updating this page with more leaks and the official release.