The all new Swansea City 2015-16 home kit has been officially released today and it comes with white/copper colour design. Official kit suppliers Adidas released the official kit on friday, 06 june 2015.

The new home kit for Swansea City features simple white colour design with copper colour application on v-collar and end of the sleeves. 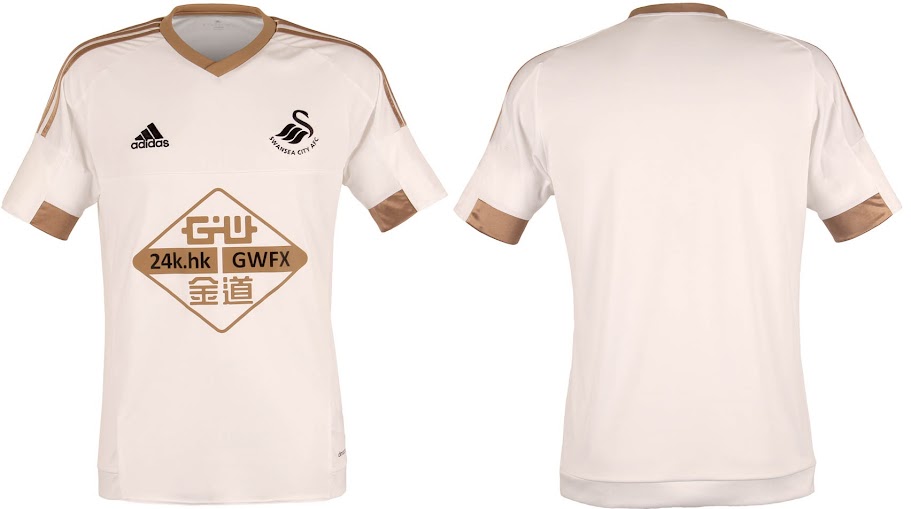 The traditional three adidas stripes on the shoulder will also be in copper colour. This is not the first time Swansea City kit comes with same colour combination, couple of seasons ago Swansea home kit featured white and more gold application which went well with the fans. 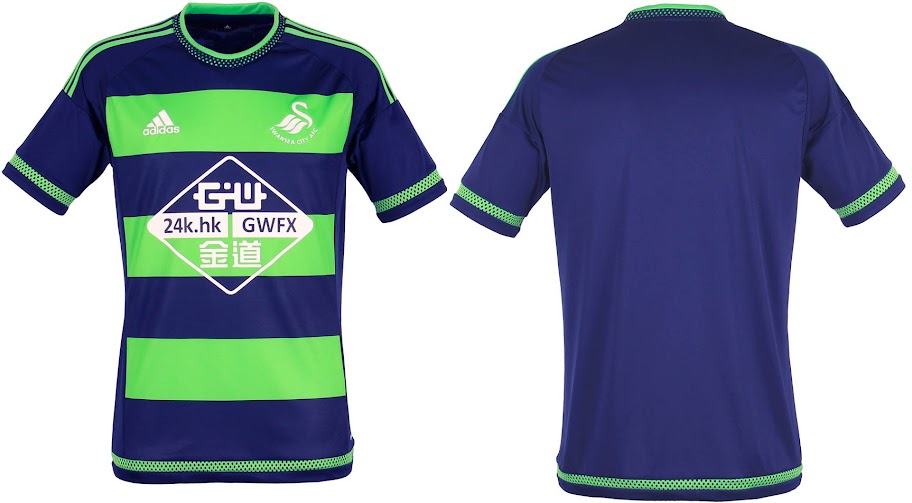 The away kit features a new unique design in green/blue colour combination with a small round collar. The shorts of the kit will be mainly green with blue application same goes for the socks.