New under aroumd Tottenham home kit for 2015-16 season is set to release this friday, 15th May 2015 and here are the leaked images of then new home kit which features a unique sash design. 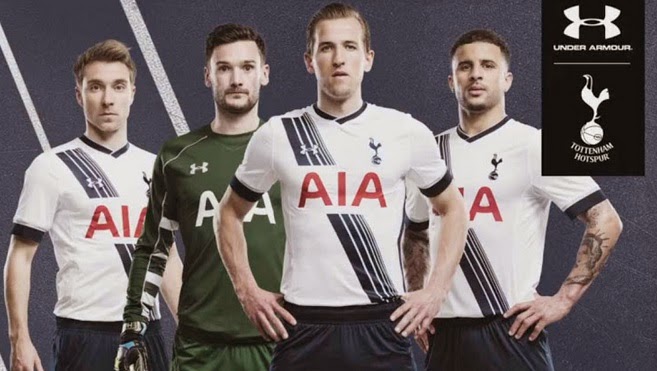 Tottenham Hotspurs current kit suppliers are america brand Under Armour and next season will be the last year in the 5-year contract which was signed back in 2011. Under Armour will be releasing three new kits of Tottenham Hotspurs for 2015-16 season and the home kit has already been leaked online. The official release date of home kit is friday, 15th May 2015.

The new under armour home kit for Spurs comes with a unique design with a “pinstripe sash” across the front of the kit. here is the draft of the new Spurs home kit. 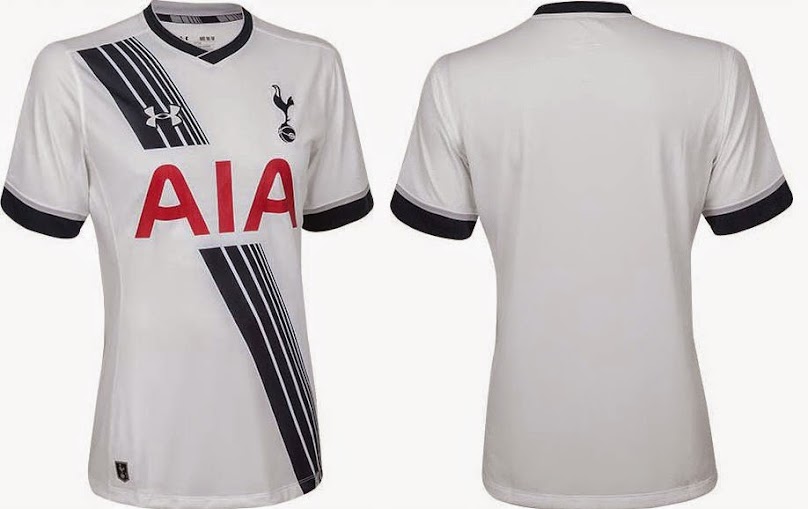 The shirt is mainly white with navy blue application across the kit, the collar will be small v-shaped with navy blue colour. While the most important change in the home kit is a sash design which comes in navy blue colour and features a pinstripe design from shoulder to the end of shirt.

The shorts of the new home kit will be navy blue while the socks will be white with navy colour application. The kit is suppose to offcially release this friday on 15th May 2015. 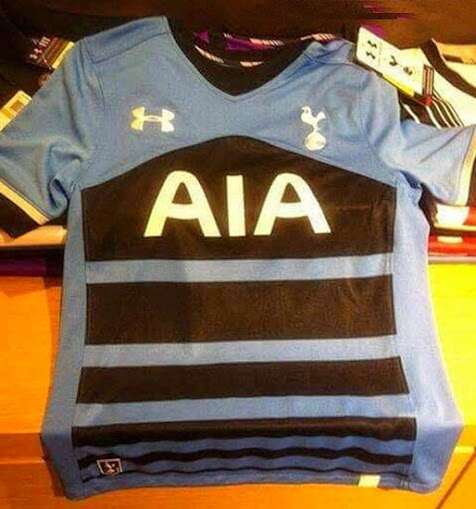 The new away kit comes in with a unique style with Blue colour and dark navy design on the front of the kit while the sponsor, under armour and Tottenham logo will be in white colour.