2014 World Cup finalists Argentina will be part of 2015 Copa America taking place in Chile this summer and Adidas has already released their new official home kit for the upcoming international south american regional competition. This new kit will not only be used for the 2015 Copa America but it will be official kit for Argentinal national team till 2017. The official released pictures can be seen below.

This is how the new Adidas Argentina 2015 kit looks like, these are the official pictures from Adidas.

The home kit is already released and we can expect to see the away kit somewhere before the start of Copa America. The away kit will come in Navy Blue and white color application. 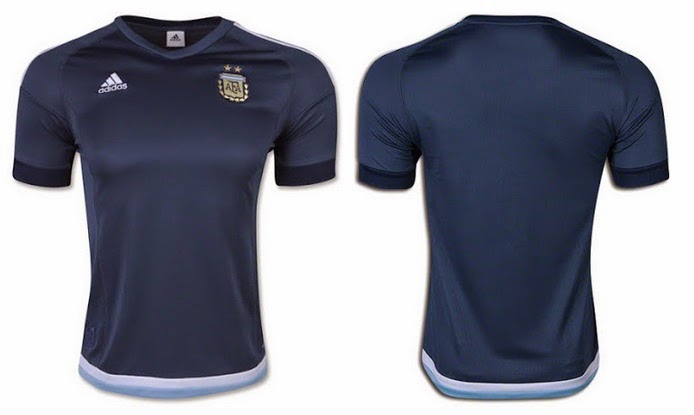