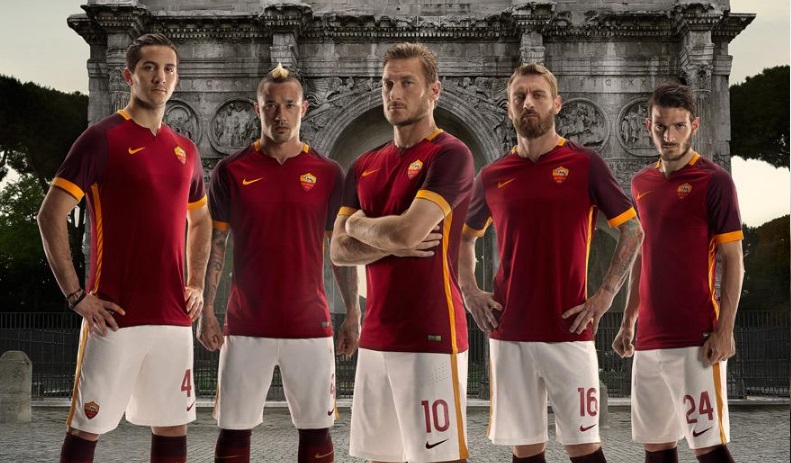 All new AS Roma 2015-16 home kit has been officially released today and it comes with traditional roma colours of maroon/yellow/reddish design. The away kit will feature all white colour with red application. Away kit will be released during the pre season tour. 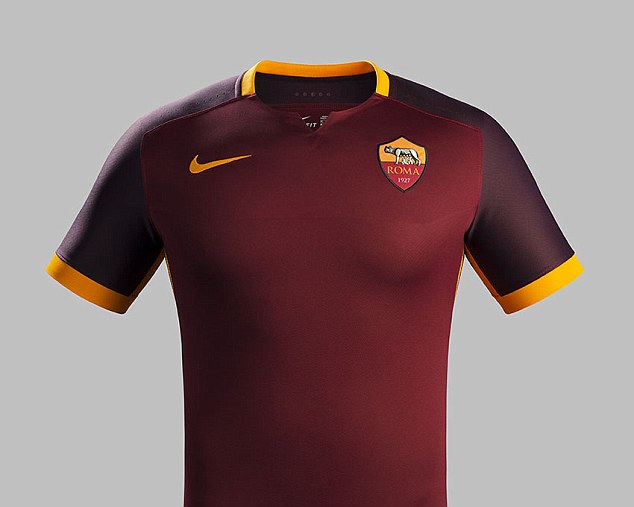 The kit features a unique crew style collar which comes in two colours. The front of the kit has Rome red colour while the shoulders and sleeves features all new “reddish brown” combined with Orang application on the back of the collar as well as on the side of the shirt.

The shorts of the kit will be white with yellow applications while the socks features matching colours of the shirt. giving Roma kit a unique look. 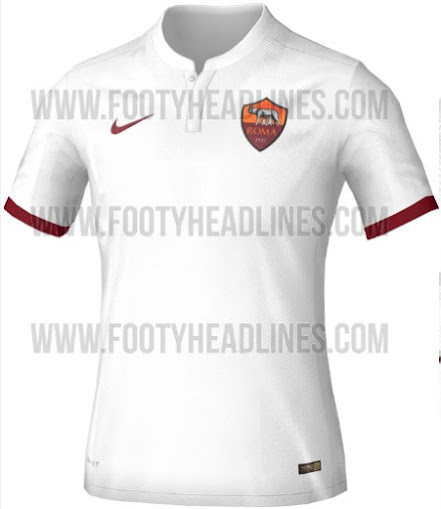 The away kit features more simple white colour design with only red application on the end of shirt cuffs.The nike swoosh will come in red colour. 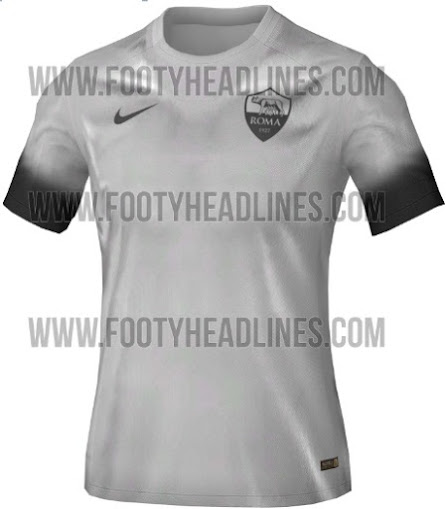 AS Roma 2015-16 third (alternative kit) which will be used in the Champions League away matches next season will feature a unique understated design in grey/black combination.