Manchester City’s new home and away kits for 2015-16 seasons has been officially released and Nike went with a classic home kit design while a more experimental and unique away kit for the next season. While the third kit which will be used in the 2015-16 european away games is also leaked which comes in plain yellow and black application.

This will be the new home kit for the Manchester City for the 2015-2016 premier league season. 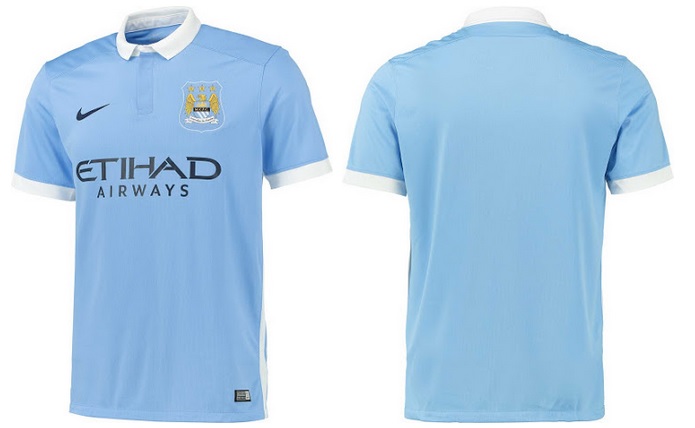 The new home kit comes in with a traditional city sky blue colour with white application which include a white polo slyle collar with bottons and white lines on the side of the shirt as well as end of sleeves.

The socks and shorts for the home kit will be white and skyblue to complement the shirt.

The away shirt features all new unique nike design featuring moon surface in blue colour design on the front of the shirt. 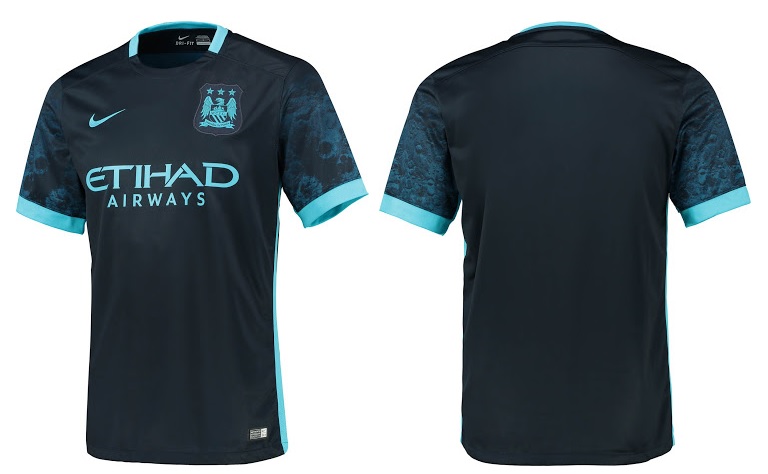 The main colour is navy blue and away kit will have a small vshaped collar and white lines on the side of the shirt. The away kit features skyblue Nike logo as well as the Etihad Airways text. 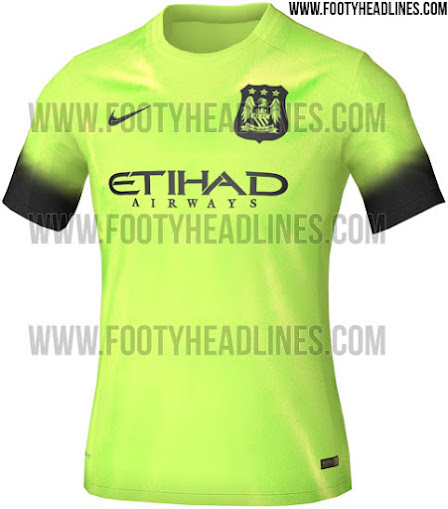