Adidas has officially released the blue away kit for Manchester United set to be used in 2016-17 season. It comes in royal blue as primary colour with red application. United’s home and third kits will be released in July 2016. 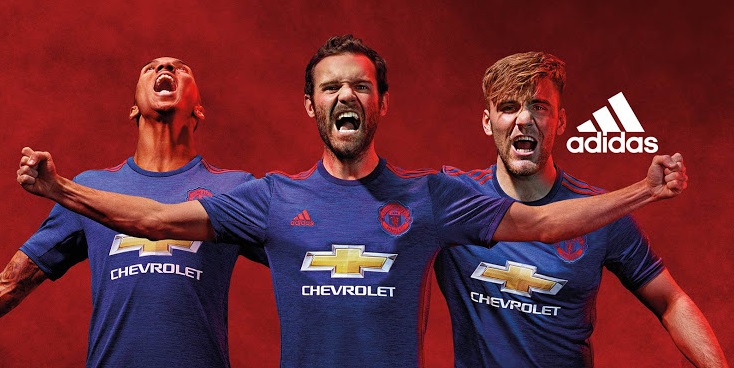 All three Manchester United kits for upcoming 2016-17 season has been leaked. The home kit is inspired by newton heath design with two shades of red colour used in half/half design shirt. The away kit will be blue with red application and the third alternative kit is white with black application. 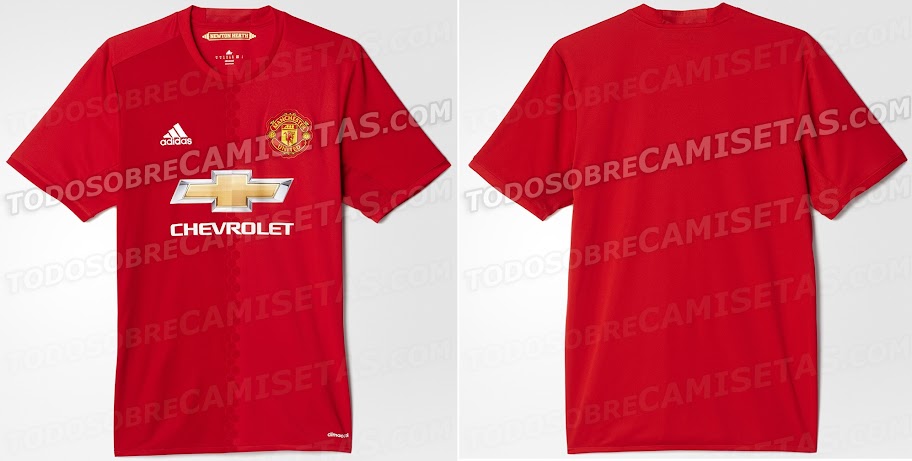 This is the leaked draft for Manchester United 2016-17 home kit set to be released after the current season. Adidas got the inspiration from very old Newton Heath green/yellow kit for the upcoming home shirt.

The new home kit will feature two shades of red colour in half and half design. Half/half design is also visible on the sleeves where both sleeves which different shades of red. The most notable change is of course the round colour which comes in the same colour like the shirt and there will be a “Newton Heath” text in yellow colour at the back of the collar.

away kit has been leaked with original shirt picture and it comes in blue colour a tribute to 1968 european cup triumph. It will be an all blue kit with both shorts and socks also matchin the shirt. 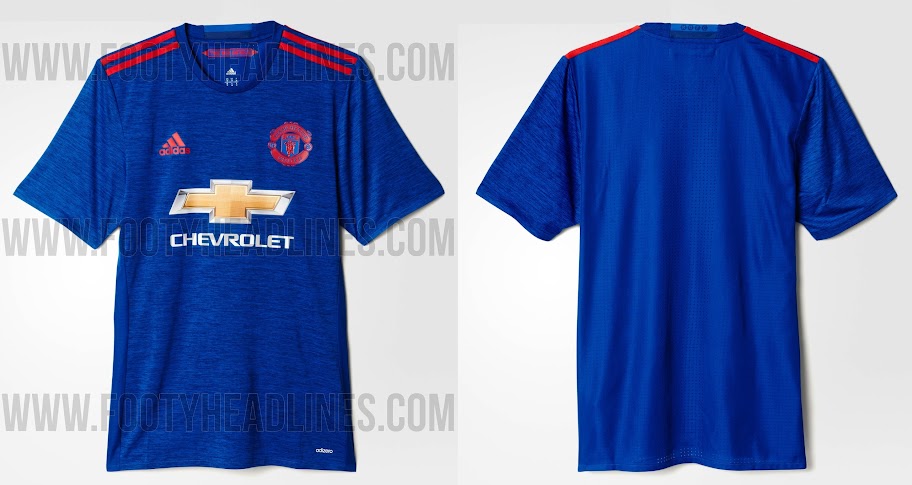 It also features slightly darker blue colour on shorts while the socks are exactly matching the shirt. Red colour is used on the adidas stripes on the shoulder and United emblem also comes in red colour.

The third kit comes in while colour with black application used on the unique shoulder design. While united and adidas logo also come in monochromatic. 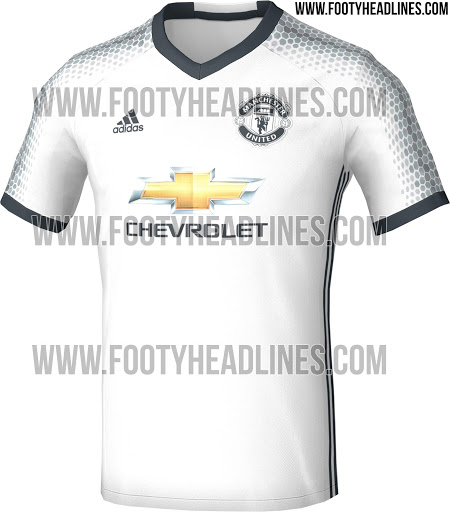