Chelsea has officially released the 2015-16 home kit which comes in a classic blue design while the away and third kits are also leaked. Adidas launched the home kit today on 16th July ahead of Chelsea’s pre season tour.

The major difference will be of course the new sponsor as Samsung-Chelsea contract is expired at the end of this season and Chelsea has already signed a 5 year deal with Turkish Airlines to be their new kit sponsors.

This is the new Chelsea home kit for 2015-16 season which comes with a classic blue design and red/white application across the shirt. 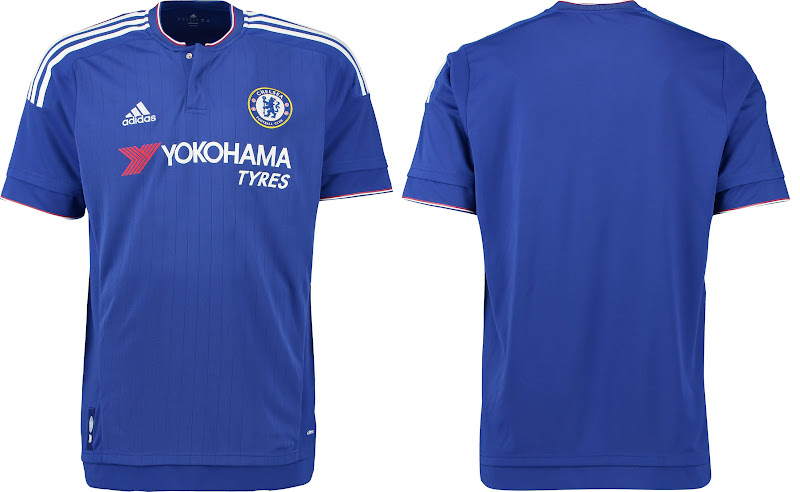 While the kit comes in traditional blue colour, with very thing vertical stripes (pinstripe), there will be usual three white stripes on the shoulder plus the end of cuffs will also feature white & red details. The shorts and socks will be blue.

Below are the other two kits which will be used by chelsea in 2015-16 season, the away white kit with blue/red details while the third kit for european away games comes in black colour with faded horizontal stripes.

The away shirt will feature a white colour with blue and red application. 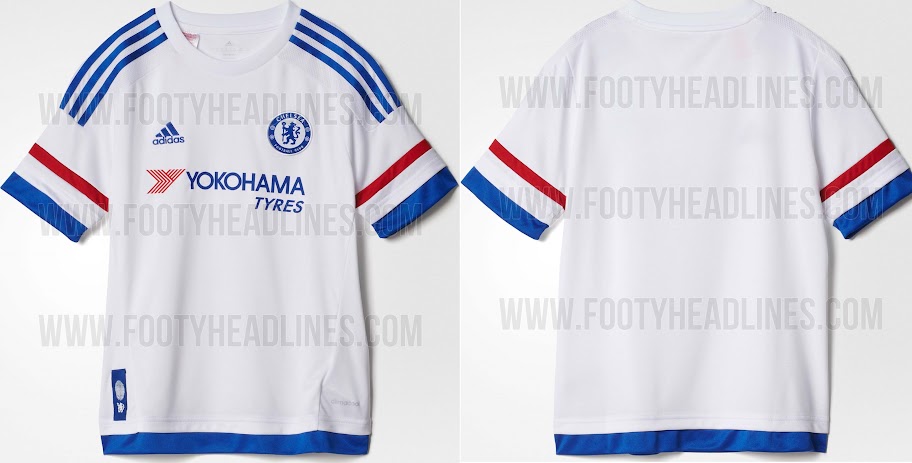 The while away kit has a round collar in white colour and features blue colour design on the end of cuffs as well as at the bottom of the shirt. 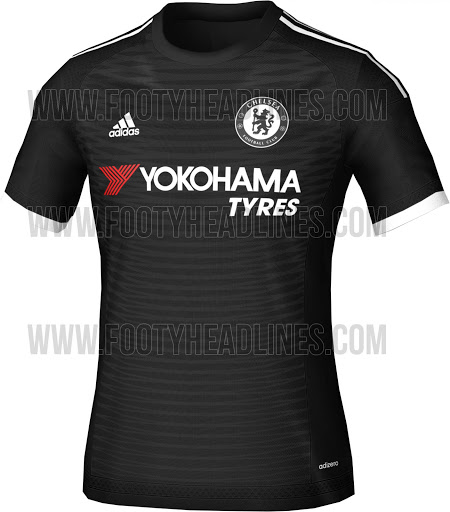 The home and Away kits will be released during the next pre-season while the third alternative kit will be official unveiled before the start of next season.

We will keep you updated with all the latest team kit news right here, the leaked images, draft designs of course the final and official kits when they are released.