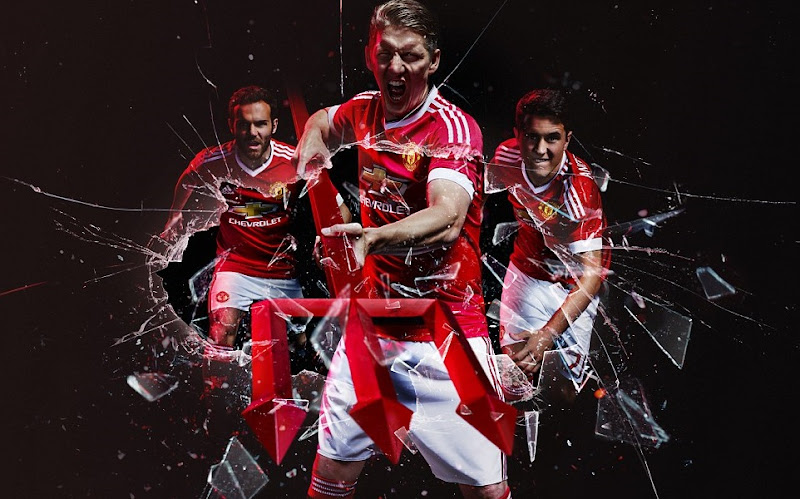 The kit teaser has been released and in just a few hours we will have the official Manchester United home and away kits designed by Adidas unveiled in front of thousands of United fans at Old Trafford. Although all three kits have already been leaked online and we have the leaked images below.

This is the new white away kit for Manchseter United to be used in 2015-16 season. 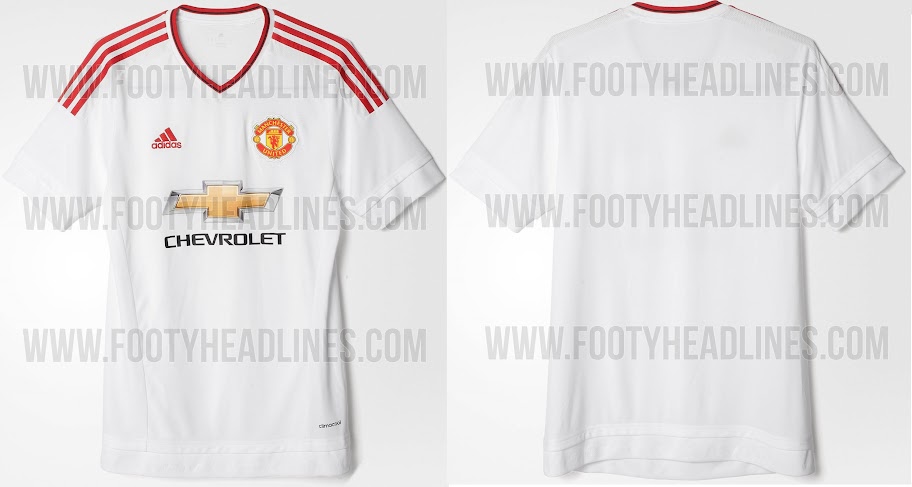 New Man Utd away kit features white as the main colour with red application on shoulders, sleeves and collar while the “Chevrolet” text will in black colour.

The collar of the away kit is small Vshaped which features two very thin lines of red and black. The shorts for the away kit will be red and while and the socks will feature mainly white colour.

This is the new Manchester United third (alternative) Kit which will be used in the Champions League away matches for 2015-16 season. 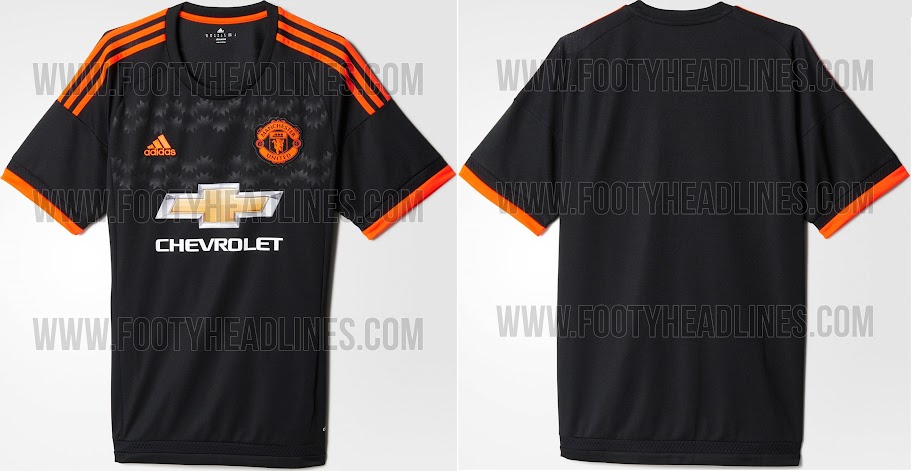 The third kit comes in black colour with striking orange colour application on shoulders, sleeves and both Adidas and Manchester United logo are also in orange colour.

These are the two Manchester United goalkeeper kits for upcoming 2015-16 season. It will be interesting to see whether De Gea will be wearing them next season ? 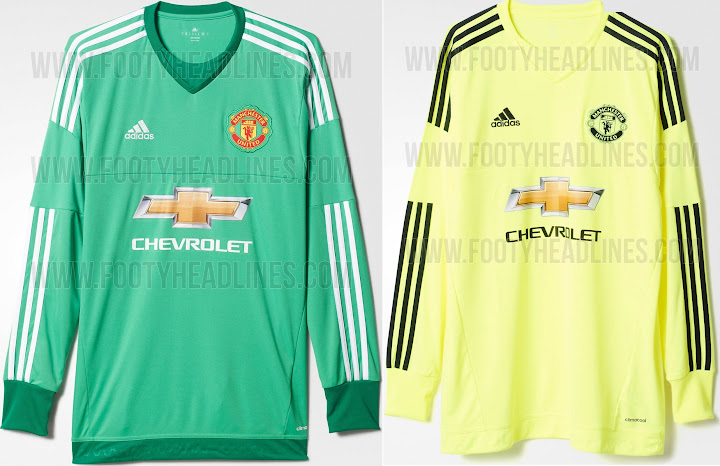 The home kit is suppose to be released somewhere in the summer of 2015, possibly before the first Pre-season game taking place. While there will be two more shirts, Away and Third kit which will come out before the start of the next season.