Puma will be producing Newcastle United 2015-2016 kits and they have revealed that Newcastle will get four new kits for 2015-16 seasons including Home, Away, Third and club memebers kits. Newcastle United retain their shirt sponsorship with “Wonga” for a nother year which means they will be on the kit as well. Here are three of the four new kits images which were leaked online.

The official New Puma Newcastle United 2015-16 home kit has been released which comes in a traditional design with modern touch. 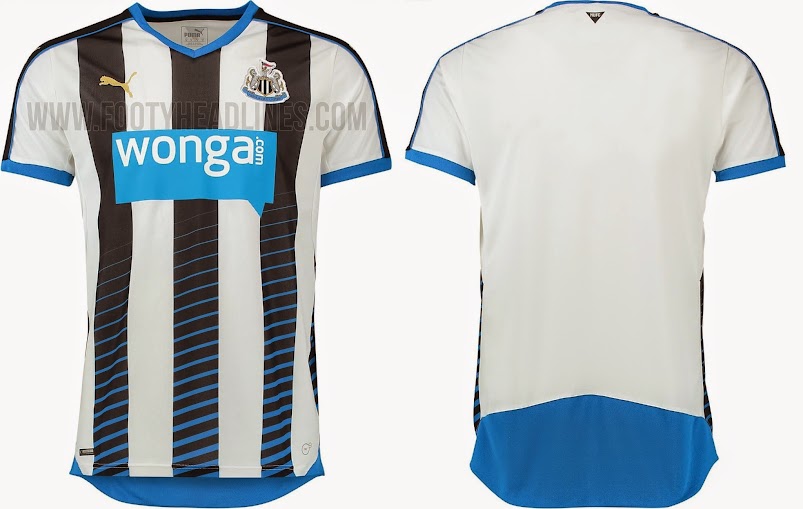 There is also blue colour application on the small Vshapped collar as well as the small blue design on the black vertical stripes, the end cuffs also have blue line finish.

These will be the new official newcastle united third kits which they will be using in some of the away league games as well as domestic cup ties. 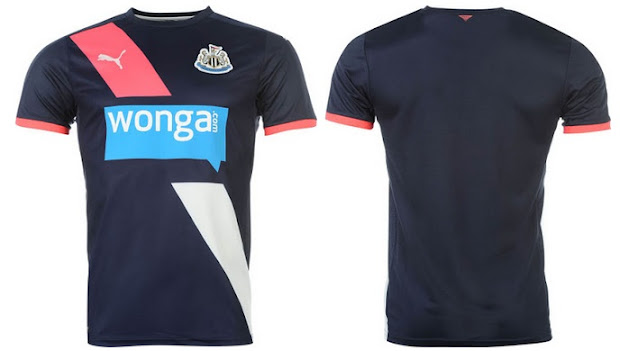 Shorts and socks will be matching navy blue with shirt and feature red details across the kit.

Puma will release all new away kit for Newcastle United which features a tottally unique design of lightgrey/silver grey plus blue/white application across the shirt. 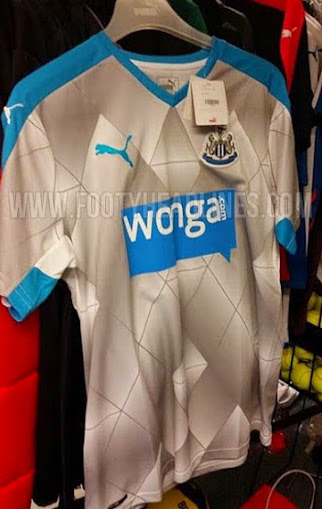 The away kit will surely raise some eye brows with its very striking design feating faded grey and striking grey diamong shaped designs plus blue colour complementing Wonga logo, on the shoulders and collar.

Like we mentioned before there will be four new kits for Newcastle United and one of which will be exclusive to clubs official members. The memebers kit also feature a unique design which is mostly white with black graphic on the right sholder area. 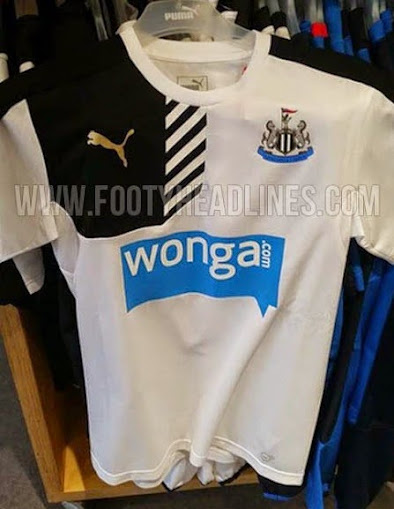 There will be an Third kit (Alternative) for the next season and all the kits are expected to be official released in the pre-season just before the start of next season.