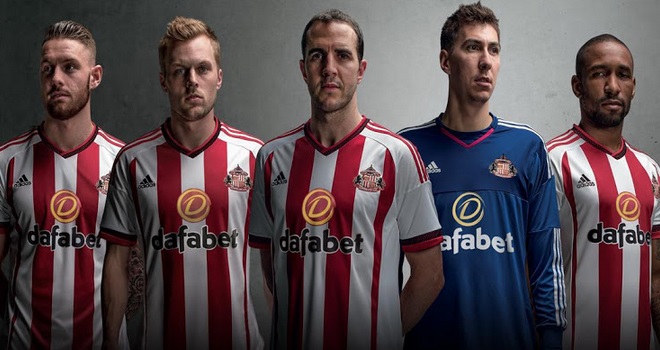 Premier League club Sunderland has released their official 2015-16 home kit produced by Adidas and will feature new shirt sponsor Dafabet. The new home kit features classic Sunderland style with red/white stripes. The away kit will be released in the middle of july 2015.

Kit comes with a v-shapped collar feature features black application while the shirt itself has red/white stripes in traditional Sunderland style. Three adidas stripes are prominent on the shoulder plus the sleeve cuffs are mostly white.

Black shorts and socks with white/red application makes the complete look of the home kit. New shirt sponsor dafabet’s logo comes in shining yellow on top of dim red colour giving it a very visible look on the home shirt.

This will be the new Sunderland goalkeeper home kit for upcoming season. 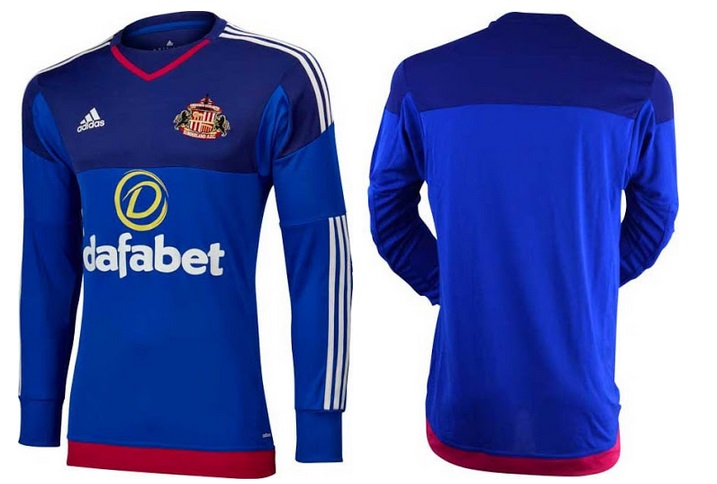 The away and third kits will be released later in the summer probably during the pre-season friendly matches.