Manchester United took on Liverpool in the premier league game and United took the early lead through Juan Mata, not only that they totally dominated Liverpool in the first half with 60% possession and alot more control than Liverpool on the game. Steven Gerrard was on the bench to start with but he was brought on as a substitute in the second half.

26 seconds into the second half and Steven Gerrard was sent off with a straight red card as a dangerous tackle on Ander Herrara much for a shock of home fans. Gerrard was playing his last game agianst Manchester United as he has already signed up for LA Galaxy move in the summer of 2015. 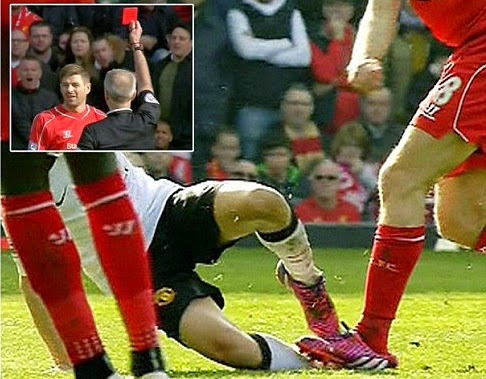 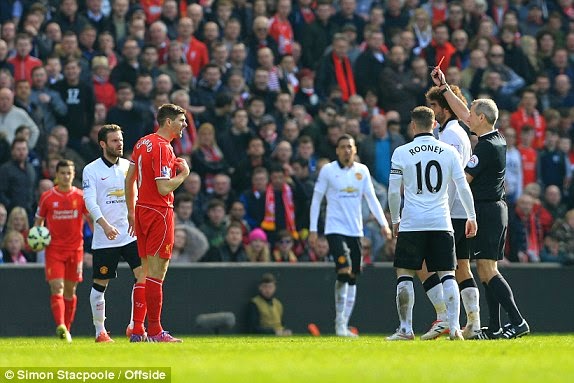 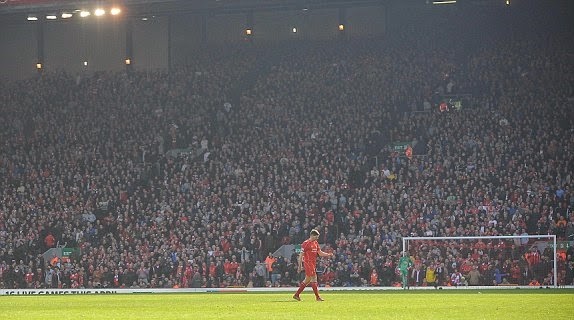 Did you see Gerrard last time in Liverpool shirt ?

Here is a red card video for Steven Gerrard vs Manchester United on 22 March 2015. We will also be placing extended match highlights and goals video once the game is over.

What you think of the red card, was it deserved ? here is a close angel to the tackle which got Gerrard sent off.