Premier League 2018-19 season will be starting 10th August 2018, This will be the third year in record-breaking three year domestic TV deal where SkySports and BT Sports will share the broadcasting in the United Kingdom. There will be more regular Friday night and Monday night games during this season. Below is the list of TV Channels broadcasting Premier League season worldwide.

SkySports and BT sports will share the live coverage of Premier League in United Kingdom with Skysports showing around 138 matches while BT Sports has 56 live games with the current deal. There will be number of friday night game next season.

Worldwide Coverage: As far as the worldwide coverage of Premier League 2018-19 season is concerned the coverage is more extensive and more live games available for international viewers. NBC in USA broadcasted each and every premier league game in 2017-18 season through live tv, online & mobile streaming they plan to do the same next season. Some international channels use the Skysports/Btsports coverage and commentary wile others have their own commentary teams. we have placed the full list of countries and channels which will be broadcasting live premier league action in your part of the world. 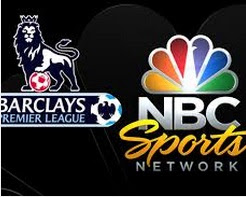 NBC won the rights for Premier League’s three seasons from 2013-14 to 2015-16 and this upcoming season will be the last one on current deal. NBC will broadcast every premier league game either through their different live channels or through their mobile or website online streaming services.

The features matches of the week are broadcasted on NBC or NBCSN while all other games are shown live through NBC Mobile app or through NBC’s official website.

We will update this page with more coverage details in different parts of the world. How many games to be shown live and details about the highlights coverage in different countries.