The annual star studded charity game orgnized under the banner of Unicef will take place at Old Trafford on Sunday, 05 June 2016. Most of the details are confirmed and tickets are available for purchase at official manchester united website (manutd.com/socceraid). Jose Mourinho will manage the English XI while Leciester City manager Claudio Ranieri will manage Rest of the World XI. Showbiz Celebrities and former players will take part in what should be a glamour game and raise money for UNICEF’s “protect children” campaign.

This will be the 10th edition of the “Soccer Air” Charity game first started back in 2006. Old Trafford has hosted in 2008, 2010, 2012 and 2014. Number of showbiz/music celebrities has already pledged to take part while the full list of players for both teams England XI vs Rest of the World XI will be announced couple of weeks before the game. 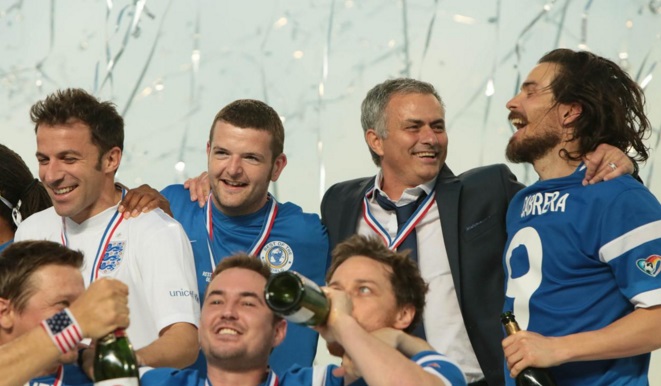