This is the time of the year when the usual hype about new installments of two most popular football games begins. Both EA Sports and Konami has officially released the teaser trailers and all the new game features for their respective franchises of FIFA and Pro Evolution Soccer. FIFA 17 is set to be released on 29th September while PES 2017 will be released a week earlier on 20th September.

Unlike the previous few editions of both franchises, this year we are set to get major overhauls in both games specially FIFA who are taking a totally different route with all new “Story Mode” where you can play the story of a young footballer (Alex Hunter) and his persuit to greatness. While PES 2017 has revealed several key gameplay tweaks. We take indepth look at both games and how things are shapping up for this year’s ultimate game rivalry.

We begin with putting teaser trailers of both games. FIFA 17 is being heavily marketed with their new “Story Mode” but there are other major changes in the game including ditching “ignite engine” and introducing all new “Frostbite engine” which will take the series to new levels.

PES has brought in number of improvements in already classic gameplay. From huge list of unique player models, better first touch, precise passing and so many other tweaks. We take a deeper look at what both camps has promised so far.

Over the years PES series has pride itself as the best football game interms of real gamplay and physics but EA Sports has improved drastically over the last 6-7 years and now FIFA is by far the highest selling game and they must be doing something right. Lets take a look at what FIFA 17 is promising this year.

EA Sports officially released the first set of trailers and new features of FIFA 17 during this year’s E3 gaming convention. FIFA’s all new story mode where you get to play with youngster “Alex Hunter” in the story mode created alot of buzz but there were several other features which went unnoticed. Here is the precise list of new features set to take FIFA to whole new level.

Once the official gameplay videos of FIFA 17 are released we will update this post with actual analysis of does all these changes are reflected in the game or not. 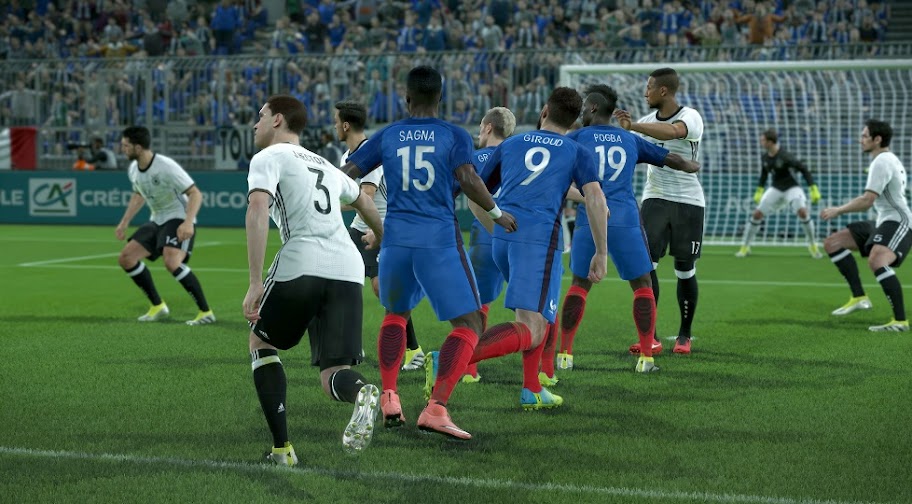 Konami announced PES 2017 with tagline “Control reality”. Their main focus has been to improve the actual gameplay rather than other flashy stuff. They have announced several new features and here is what they are promising for this year’s title.

So which game you should buy ? Well from the looks of things FIFA 17 has already put its authority with number of changes and gameplay modes. EA Sports marketing style is very aggressive and they are highly likely to blow away PES 2017 as far as the sales are concerned. But if you like real football this year’s PES might just take you back to its roots with realism at its best. Until the actual gameplay footage are released FIFA 17 wins the first round overall.

I would love to hear your take on both games announcement and trailers so far. Which game you are likely to buy and why ? let me know your thoughts.