Having lost against Brazil, Argentina take on Colombia in what is a massive home game where they must win to keep their chances alive for World Cup 2018 qualifying. Argentina-Colombia will be played on Tuesday night, 15 November 2016 at around 23:30 uk time with beIN Sports broadcasting the game live in different parts of the world. We will have live streams of this game right here on this page plus match highlights.

Colombia finished third in their group c after a 0-0 draw in the last game against Peru but they qualifed ahead of Venezuela as the one of the two best third placed teams in group stages. Colombia started the competition with a 1-0 sock defeat against Venezuela but a win against Brazil and a draw against Peru was enough to see them through to the knockout stages.

Colombia striker force of Falcao, Martinez and James Rodriguez has failed to connect so far in the competition but the high stakes game against Argentina should get the best out of them.

Argentina are ofcource odds on favourites to win the copa america this year and they have some of the best players in their squad with the likes of Lionel Messi, Sergio Aguero, Angel Di Maria to name few.

Messi won his 100th argentina cap in their 1-0 win over Jamaica and he will be the one Colombia needs to watch out for. Messi had incredible 2014-15 season with Barcelona winning treble and he would love to cap the season off with his first major trophy with his national side. 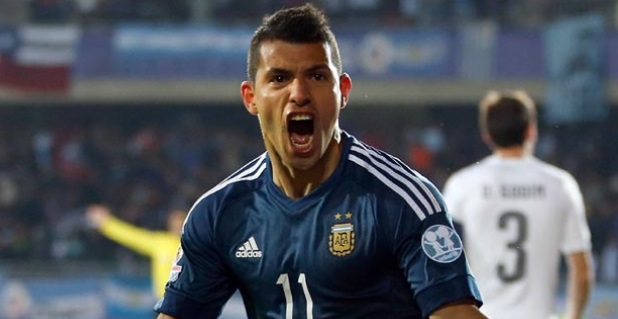 Team New & Possible Starting Lineups Sergio Aguero missed the game against Jamaica with a thigh strain but he should be fit and available for selection against Colombia and might take starting place ahead of Gonzalo Higuain who started and scored in last outing.

Colombia on the other hand might bring in Martinez alogside Falcao while James Rodriguez should start in the attacking midfield role. Here are the possible starting lineups of both Argentina and Colombia. 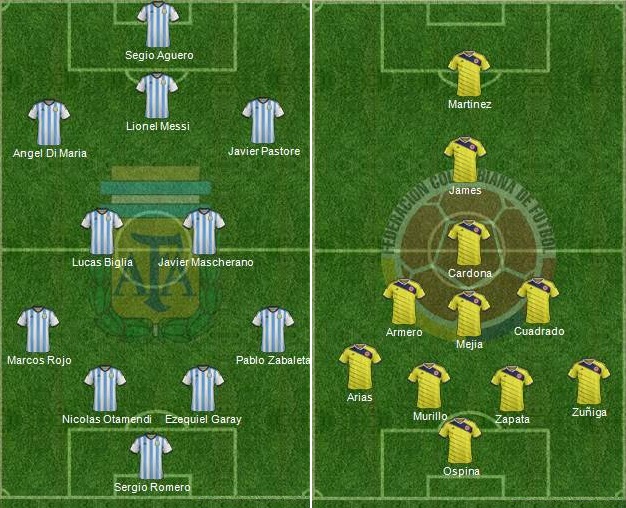 Match Predictions: A massive game where Argentina are hot favourites with Messi in their ranks while Colombia has failed to live up to the expectations so far in the competition athough they remain a great unit who raise their game in big matches as we saw when against Brazil. It should be a tight game where a moment of magic for either side might win it. I am going with Argentina win in this one with Messi to be on the scoresheet.

Argentina defeated Colombia in the quarter final on penalties after the game finished 0-0 in the first 90 minutes, Carlos Tevez scored the decisive penalty after Colombia’s Luis Muriel missed his. Now Argentina will face Paraguay in the second semifinal for the place in 2015 copa america final.

Lionel Messi and company bumped into Colombia’s David Ospina who was in the form of his life as he saved couple of certain goals to keep Argentina at bay and get his team to the penalty-shootout where Argentina finaly got the better of his converting 5 penalties to Colombia’ 4. Now Argentina will face Paraguay in the second semifinal on 30th June.

Arsenal’s David Ospina made number of thrilling saves including a point blank header from Messi to keep Colombia in the game. 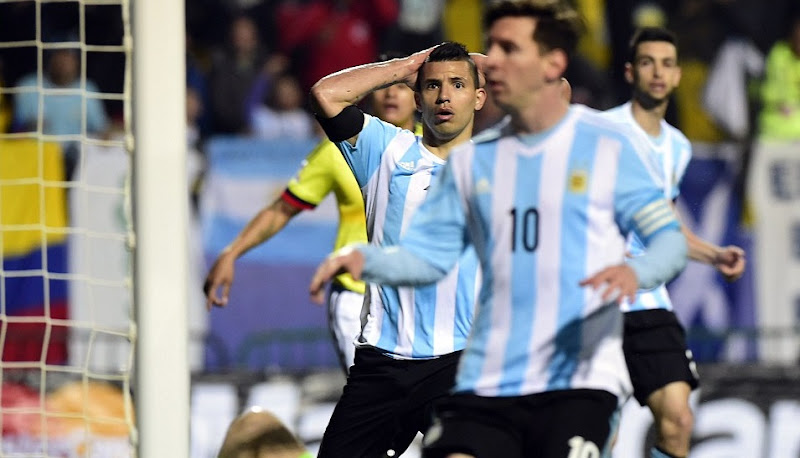