Argentina are set to take on Paraguay in the important home match in the FIFA World Cup 2018 qualifiers as part of South American regional qualification. The match will be playing on Tuesday night, 11 October 2016 and beIN Sports will have live coverage of the game. We will be placing live youtube links right here on this page.

Argentina currently sit just outside the automatic qualification places in 5th place and they must win the game against Paraguay to get back into the automatic qualification places. They played out a disappointing 2-2 draw agains Peru three days ago and the pressure is on as they need to keep the pace with high flying Uruguay, Brazil, Ecuador and Colombia.

Last time these two meet was back in October 2015 when Paraguay hold out Argentina for 0-0 draw and a similar result will put Argentina in massive problems for direct qualification to the 2018 World Cup in Russia.

Lionel Messi won’t be part of the Argentina squad who sit 6th in the qualifying table and need a win to get back on track.

Lionel Messi gas won everything which is their to be won at club level both on individual level and team succes, but he has failed to replicate his club form in Argentina colours. Argentina has lost three finals (2 Copa America and World Cup 2014 final) in which Lionel Messi has played so he will go into the comptition under massive expectations even though coming on the back of probably his greatest season on club level. But Messi is not the only big name player in Argentina colours, they have star players on every position with the likes of Sergio Aguero, Carlos Tevez, Higuain, Mascherano and Di Maria to name a few.

Santa Cruz experience and airial ability is the key for Paraguay to put Argentina under pressure.

Paraguay on the other hand raised their profile in last decade qualifying for three consecutive world cups since 1998 but in last 3 years their progress on international level has been halted. They have been a very resilient team so far in the copa america and they setup as a unit which is hard to breakdown. 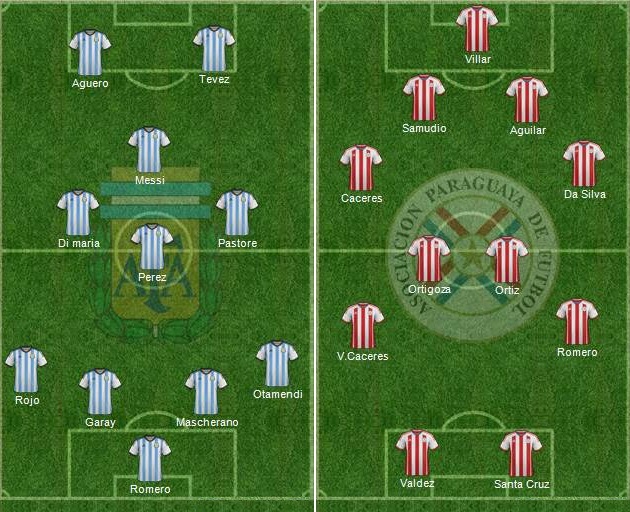 Argentina has not hit to top form yet in the competition although their performance in the match against Colombia in quarter finals was much better than the 0-0 scoreline suggested. David Ospina made number of great saves to keep Messi and company at bay. So looking at the possible lineups and the talent both teams have its hard to look past Argentina winning this one. When both teams meet earlier in the competition it was a game of two halves, Argentina dominated and scored twice in first 45 minutes while Paraguay turned the tables in second half. 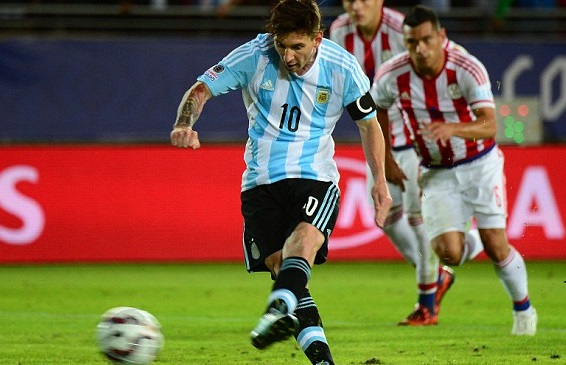 Both teams started their copa america campaign playing against each other where Argentina raced to a 2-0 lead at the half time with goals coming from Sergio Aguero and Lionel Messi (penalty). 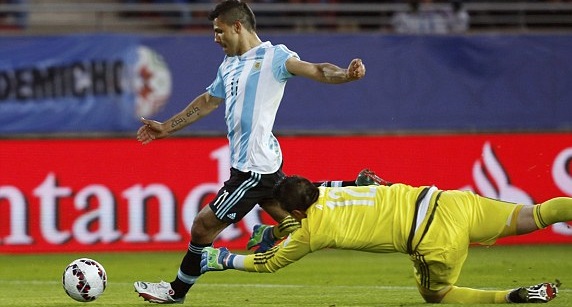 But Paraguay hit back and scored two quick goals in the second half to share the spoils on the opening group game for both teams.