Lionel Messi inspired yet another dominant Argentina display on Tuesday night against United States as they ran out 4-0 winners to qualify for their second consecutive Copa America final. Messi scored the second goal of the night and in the process became Argentina’s highest ever goal scorer. Gonzalo Higuain grabbed two on the night. 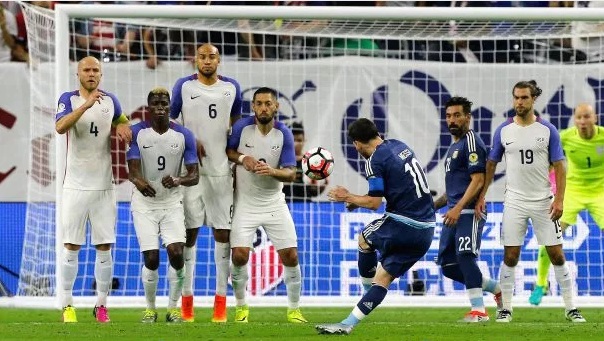 It all started with Messi produced moment of magic to find Lavezzi with a perfect ball who headed home to the opening goal in just third minute of the game. Messi scored from freekick to make it 2-0 before Higuain wrapped up the game in second half.

Argentina absolutely hammered Venezuela in the quarterfinals to book their place in the last four of Copa America Centenario and they will be taking on United States on Tuesday night, 21 June 2016 at the NRG Stadium in Houston, Taxes in a bid to qualify for their second consecutive Copa America final. USA defeated Ecuador 2-1 to reach this stage and setup a match which every american fan wants to see. Its a massive game for USMNT who will be playing against Arguably the most consistent international team in world footage with Lionel Messi spearheading world cup finalists.

USMNT qualified for the semifinals after beating Ecuador 2-1 where captain and record goalscorer Clint Dempsey inspired a massive win which Jurgen Klinsmann described as mission accomplished and anything from there on is a bonus. Argentina has looked imperious so far in the competition, most number of goals, least conceded and dominating possession, Messi scoring and creating goals for fun while Aguero and Di Maria spent most of the time on the bench its a scary sight for USA who themselves score couple of exciting wins against the odds. Since their opening day defeat against Colombia, USA has looked a different class, playing with so much confidence and attacking football only downer is couple of first team players missing out due to suspension.

Team News & Lineups: USA will be without Jermaine Jones, Bobby Wood and Alejandro Bedoya who are all suspended leaving Klinsmann with a selection headech. But it also give some of the fringe players a chance to make a claim for first team football. Argentina on the other hand is likely to field same lineup which took the field against Venezuela with Higuain playing uptop while Messi and Gaitain supporting him in attack. 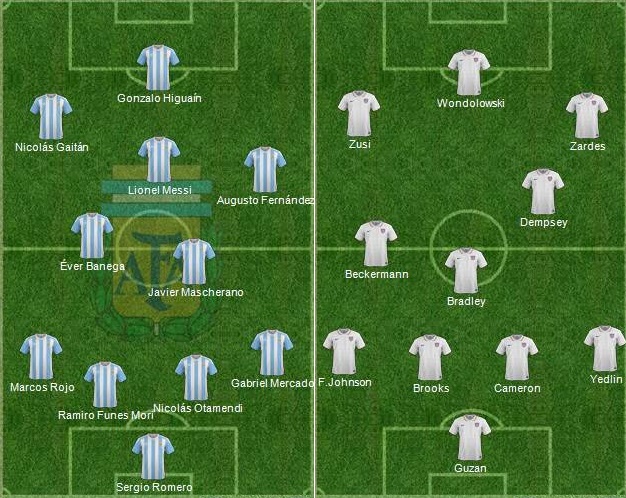 Match Predictions: Argentina looks odds on favourite to win the game and qualify for Copa Centenario final but this USA side are no pushovers and will give it a right go. USMNT’s only chance of pulling out a surprise win is through keeping it tight at the back and snatching that odd goal. But that will be difficult against such verstile team where Mascherano and Messi play in midfield providing creativity and defensive shield.