Arsenal are set to visit Turf Moore as they take on premier league side Burnley on Sunday, 26th November 2017 in what should be a cracking game of football. Although on paper Arsenal are favourites to win the three points but Burnley have been absolute superb this season having accumulated same number of points as Arsenal and just behind the gunners on goal difference. Arsenal’s away form has been wobbly to say the least where they have won just 1 of the opening 6 games away from home and another such result will take them out of the equation as far as the title is concerned and put their top four hopes in real jeopardy.

Arsenal’s home form has been pretty impressive and they can get their 8th home win in 11 matches if they were to dispose of Burnley on Sunday. Currently sitting in their favourite fourth position in the league, Arsenal can go to 47 points and overtake Tottenham for atleast a few hours. Burnley has had a superb home form which see them win 8 of their 12 games at Turf Moore but away from home its a totally different story losing 8 and drawing 1 in opening 9 away games. 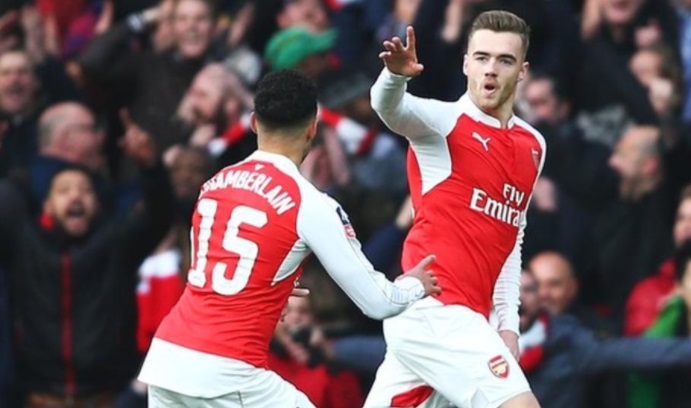 Last time these two meet was back in January 2017 in the premier league when Arsenal ran out 2-1 winners thanks a controversial penalty awarded to them in dying moments of the game. Which was converted by Alexis Sanchez.

Arsenal 2-1 Burnley – 22 January 2017
[ Premier League, 22 January 2017 ]
45′ [ 0 – 0 ] Arsenal came out stuck in first half with a very underwhelming performance by the gunners at home against Burnley who are yet to win an away game.
59′ 1 – 0 Shkodran Mustafi was on target from set piece to put Arsenal 1-0 up in 60th minute of the game.
90′ 1 – 1 Andre Gray scored from penalty spot to get Burnley back in the game.
90′ 2 – 1 Alexis Sanchez also scored from penalty spot to secure all three points with last kick of the game. It so harsh on Burnley as Koscielny was offside before the penalty incident happened.

Arsenal vs Burnley Preview: Burnley will be playing their fifth home game in the opening seven league matchdays and the return of 7 points in four home games represent a good outcome where highlight was that 2-0 win over Liverpool earlier in the season. Arsenal on the other hand are unbeaten away from home so far this season.

Arsenal is likely to go with Alexies Sanchez upfront with Iwobi, Ozil and Walcott playing in attacking roles ahead of Xhaka and Cazorla. Both Giroud and Perez will be on the bench for Arsenal. While Burnley to keep their trusted 4-5-1 system where Vokes to playing upfront while a packed midfield of Gudmundsson, Hendrik, Defour, Boyd and Marney will provide must needed strength in the midfield.

This is how I expect both teams to lineup on Sunday evening..
As far as the predictions are concerned, I can not see Burnely getting anything against Arsenal who are in such good goal scoring form at the moment. I am going with a 3-1 win for Arsenal in this one.

Burnley 0-1 Arsenal Highlights
[ English Premier League 2016-17 ]
45′ [ Haltime ] Arsenal failed to break down resilient Burnley side in first 45 minutes.
93′ 0 – 1 Laurent Koscielny bundled home from close range with what was the last kick of the game.