Arsenal are set to take on fellow London outfit in Crystal Palace this Saturday, 20th January 2018 at the Emirates Stadium. Its a massive game for Arsenal and their little hope of qualifying for Champions League via finishing in top four. Anything but a win will pretty much put Arsenal out of the top four race and thats exactly what Wenger will be hoping to avoid. With all this Alexis Sanchez transfer circus going on its taking a toll on Arsenal’s form and Wenger now will be hoping this is sorted sooner rather than later. Arsenal’s match against Palace kicks off at around 15:00 uk time and there won’t be any live coverage in the UK Tv. However, if you missed the live action, you can always tune in here for full match highlights after the game. Arsenal recovered from those two defeats against Everton and Manchester City by stealing a lucky win against West Brom on boxing day and now Wenger will be hoping his troops can mount another winning streak to help them retain their position in the top 3 of the league. If Liverpool-City game ends in a draw it gives Arsenal a chance to go within a point of second place team if they can manage a win over Crystal Palace. 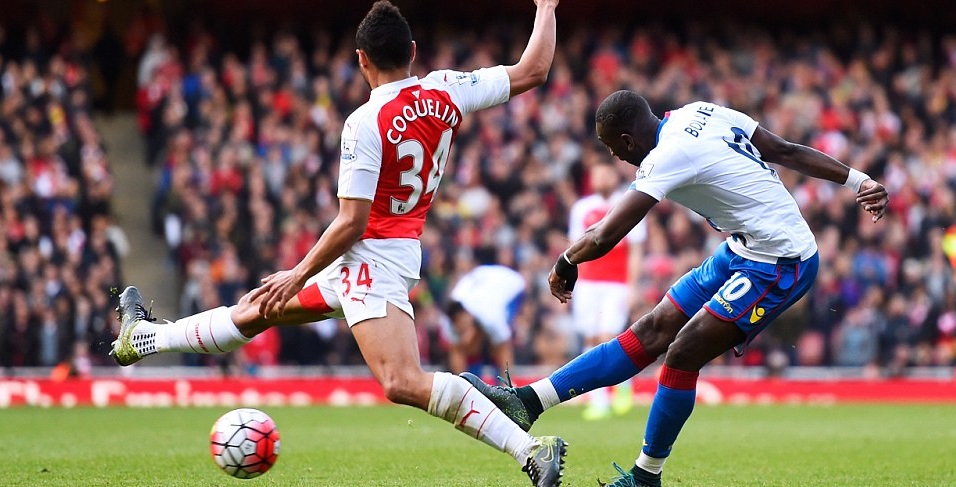 Last time these two meet was back in April 2016 when Palace earned a respectable 1-1 draw at Emirates. Sam Allerdyce will be hoping to win his first game in charge of Palace this Sunday. 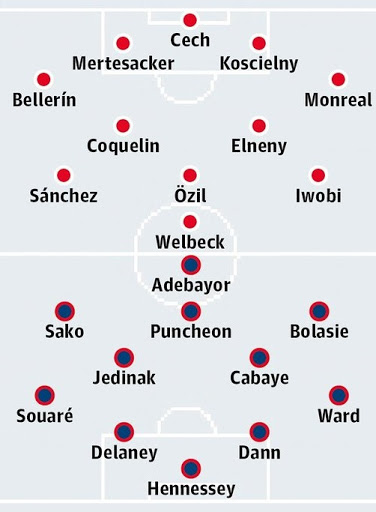 Crystal Palace fired Allan Pardew after string of poor result which left them just 2 points and 1 place above the relegation zone, in comes premier league survival expert Sam Allardyce who has a massive task at his hands to turn things around at Selhurst Park with half of the season remaining.

Team News & Lineups: Cazorla and Oxlade-Chamberlain are both out. Coquelis and Elneny are expected to start in midfield roles for Arsenal while Wellbeck, Sanchez, Ozil and Iwoby to play in attacking roles.

Adebayor to start upfront from Crystal Palace with Sako, Puncheon and Bolasie to play behind the Togo striker. Cabaya and Jadinek to start in midfield roles.

Match predictions: Arsenal win is written all over it if we look at the recent form of both teams. I am going with a comfortable Arsenal win in this London derby on Sunday with atleast 2 goal margin.

Preview Match Review: Arsenal fail to consolidated their top 4 position in the league after being held at home by Crystal Palace on Sunday. Gunners dominated the first half but it took them best part of whole first half to score when Danny Welbeck’s lofted ball inside the box was headed home by Alexis Sanchez in 45th minute to put Arsenal 1-0 up. But a late goal from Yannick Bolasie in second half earned a valuable point for Palace.

Arsenal played some good football in the first half but they failed to take their chances. Guilty of over playing in the final third it took them second before the halftime whistle to go in-front when Alexis Sanchez looping header found its way into the back of the net. 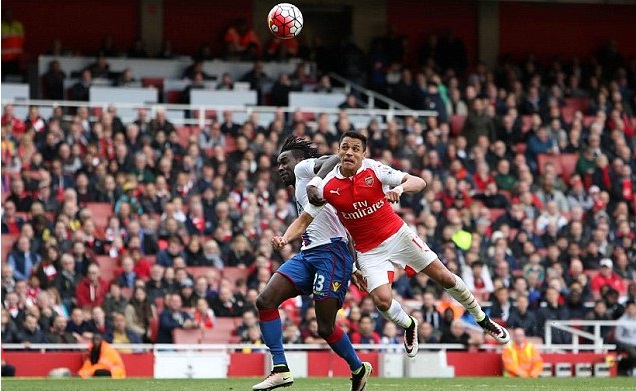 Crystal Palace however got themselves back in the game late in second half when Yannick Bolasie scored to make it 1-1 on the day.