Liverpool are set to visit Emirates for the premier league game on Friday night, 21 December 2017 as they take on Arsenal. Its a massive game for both sides who potentially will be fighting for 1 top four spot come the end of the season and with only 1 place and 1 point separating the two, a win for either side can have massive psychological advantage going into the festive period and than the second half of the season. The match will be kickoff of at around 19:45 uk time and we will have live links closer to the kickoff.

Arsenal 3-3 Liverpool Highlights:
[ Premier League 2017-18 Match ]
26′ 0 – 1 Philippe Coutinho scores with a deft header at the near post to put Liverpool in lead.
52′ 0 – 2 Mohamed Salah finally scored after missing couple of easy chances as Liverpool looked to have taken the command in the game.
53′ 1 – 2 Alexis Sanchez popped up with a goal out of nowhere and it all went downhill from there for Liverpool.
56′ 2 – 2 Granit Xhaka scored with a superb strike from the outside of the box but Liverpool keeper Minglot should have done better.
58′ 3 – 2 Mesut Oezil made it 3-2 and completed what looked to be a remarkable turnaround at the emirates.
71′ 3 – 3 Roberto Firmino

Arsenal vs Liverpool Team News & Preview: When these two teams meet you are guaranteed goals and drama and considering last season’s results between the two we might in for another exciting game at Anfield this Sunday afternoon. Liverpool will be looking to build on their two consecutive wins last week against Crystal Palace and Hoffenheim and another win against Arsenal will put confidence in the team to sky high level. Arsenal on the other hand lost against Stoke City having won on the opening day against Leicester City. 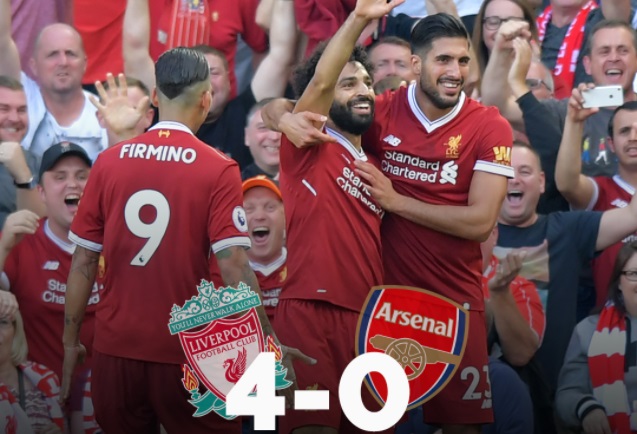 Mohammad Salah was star of the show as Liverpool continued their impressive run of form against Arsenal winning 4-0 at Anfield earlier in the season. Jurgen Klopp’s men will be hoping for another similar result at Emirates this friday night. 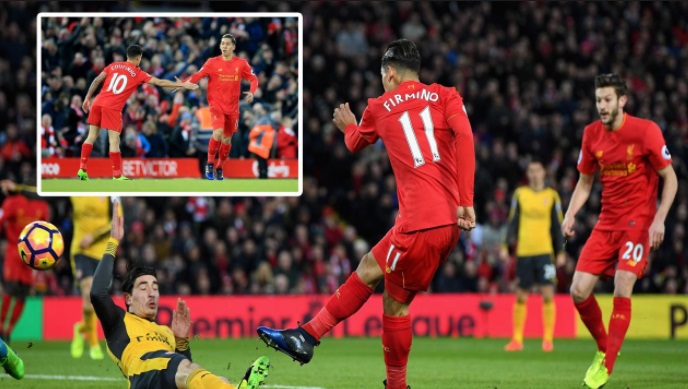 Last time these two meet at Anfield, Liverpool trounced Arsenal 3-1 thanks to goals from Firmino, Mane and Wijnaldum completing a rare double over Arsenal.

Liverpool 3-1 Arsenal – March 2017
[ English Premier League 2017 Match ]
9′ 1 – 0 Roberto Firmino scores inside first 10 mintues with a neat finish as Liverpool took advantage of sloppy Arsenal defense.
40′ 2 – 0 Sadio Mane made it 2-0 just before the break as Liverpool went into cruise control.
57′ 2 – 1 Danny Welbeck brought Arsenal back into the game momentarily but it was not enough in the end.
90′ 3 – 1 Wijnaldum scored late in injury time to seal what was a difficult game for both sides.

Both of these teams started last season with that incredible 4-3 win for Liverpool at Emirates but both failed to live up to expectations in the league last time around. We can expect another thriller on Sunday considering both are equally good going forward and vulnerable at the back. 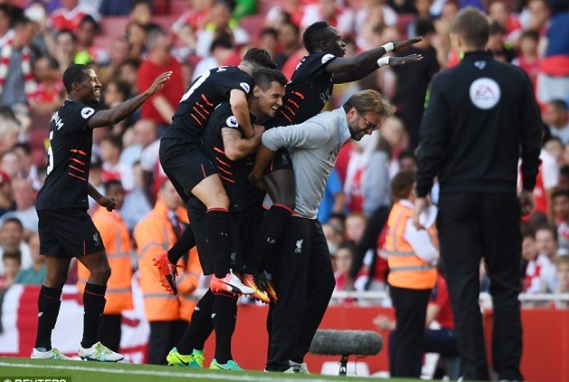 Who can forget that opening day drama at Emirates when Liverpool won 4-3 against Arsenal in incredible start to the season. However both teams failed to live upto exceptions.

This is how I expect both teams to lineup on Wednesday night. 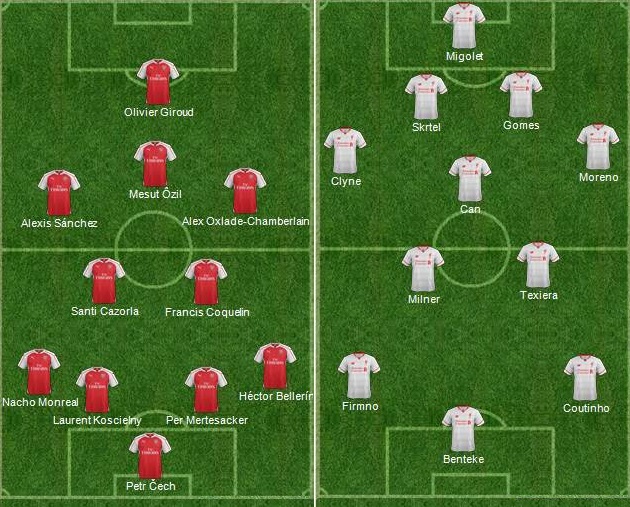 Predictions: Hard one to predict this one, as both Arsenal and Liverpool have been unpredictable for last couple of months. Liverpool has slumped to a terrible string of results which see them outside the top four while Arsenal tend to finish of their league season on a high and I am expecting Arsenal to produce another good performance at Anfield on Saturday evening.

Liverpool has massive injury worries at the moment and with games coming thick and fast this is the real test of Klopp’s managerial credentials. He started with team full of academy players against Stoke in the FA Cup last friday to give some of the main players rest ahead of Arsenal game.