Arsenal are set to take on Southampton in the premier league game on Sunday, 10th December 2017 at the St Marys Stadium in Southampton in what should be a cracking of a game. Arsenal do not enjoy playing at this stadium considering they have won only one of the last 6 visits but they must get a positive result to keep themselves in the mix with top four places. Southampton are not the same team as it use to be couple of years ago, but Arsenal away from home are dodgy having won just two of the opening 7 away games. Arsenal vs Southampton will be part of Super Sunday and kicks off at around 12:00 uk time.

Arsenal vs Southampton Preview & Lineups: Last time these two meet was back in November 2016 when Southampton came out 2-0 winners thanks to goals from Jordie Clasie and Ryan Bertrand. They will have to put together another good performance if they were to see off the challege from Arsenal.

Gunners are likely to make number of changes going into the match with Danny Welbeck pushing for start while Lucas should definitely start upfront. Olivier Giroud is likely to miss the game and Alexis Sanchez, Ozil and Ramsey set to play in midfield. 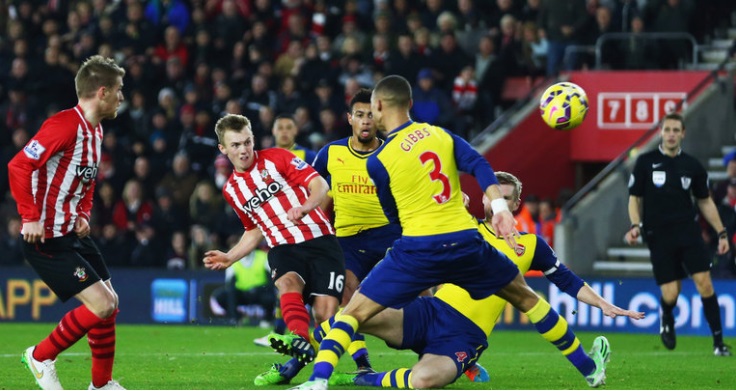 Arsenal has just won two of the last 6 visits at this stadium and both wins came last season, one in the league and second in the FA Cup. Wenger wil be hoping to turn things around after that 3-1 defeat in the hands of Manchester United.

Southampton 0-2 Arsenal – May 2017
[ Premier League 2017 Match ]
60′ 0 – 1 Alexis Sanchez scored in 60th minute of the game to put Arsenal 1-0 in lead. The game came with a individual briliance when Sanchez outsmarted Saints defense with trickery and a nice finish to make it 1-0.
70′ 0 – 2 Olivier Giroud sealed the win scoring Arsenal’s second of the night.

Southampton on the other hand will start with Nathan Redmond and Charlie Austin upfront while Dusan Tadic, Steven Davis, Oriol Romeu and Ward-Prowse set to play in four man midfield. This is how I expect both teams to lineup on Saturday afternoon kickoff, we will have confirmed lineups couple of hours before the kickoff. 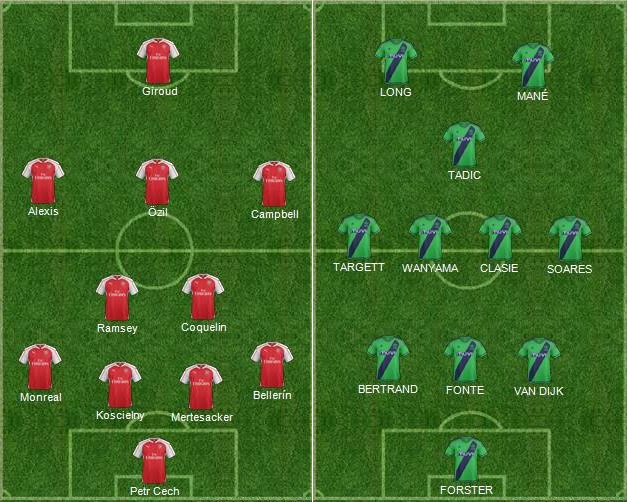 Predictions: A very interesting and competitive fixture to say the least. Arsenal playing at home should be slight favourite and with all big players like Ozil, Sanchez and Giroud fit and raring to go they might prove too much for unpredictable Southampton. I am going with a 2-1 win for Arsene Wenger side and with that I can see them going top of the table.