Arsenal are set to take on West Ham United for the second time in as many weeks for the English League cup quarterfinal game on Tuesday night, 19th December 2017 at Emirates Stadium. The game will be broadcasted live on SkySports and we will have full match highlights after the game is over. Arsenal were held to a 0-0 draw last week by West Ham at Olympic Stadium on London and Arsene Wenger will be hoping to get the better of West Ham this time around and qualify for the semifinals.

Another pulsating london derby between West Ham and Arsenal produced a superb premier league game on Saturday afternoon. Arsenal took the lead in just 18th minute through Mesut Ozil and they made it 2-0 when Sanchez neat finished got them a 2-0 lead. But West Ham came roaring back with a quick fire double from Andy Carroll just before the break to get things back on level terms. West Ham took the lead when Carroll completed his hattrick just after the break but a goal from Koscielny made it 3-3 and a perfectly deserved draw. 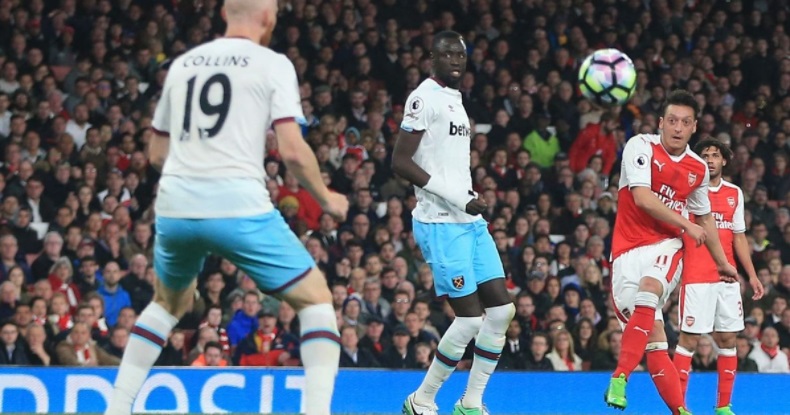 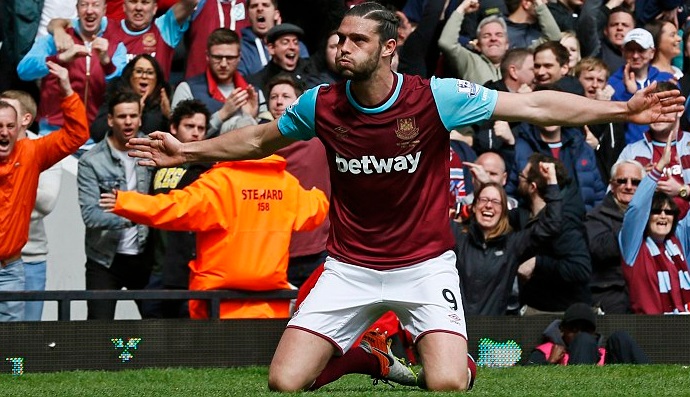 Iwobi put Ozil through on goal in 18th minute and former Real Madrid man made no mistake in putting the ball in the back of the net with a classy finish. That all came after West Ham were denied a legit goal when Lanzini scored but judged offside.

Iwobi again produce moment of magic with a classy over the top through ball and found Sanchez unmarked inside the box who scored with a neat side footed finish to make it 2-0 for Gunners. At that point it looked like game set and match but just like the premier league season has been we were in for another surprise. 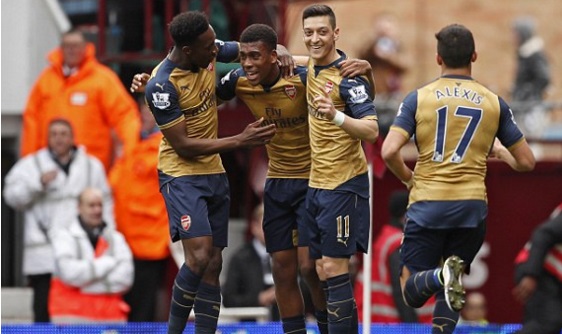 West Ham came roaring back into the match when Andy Carroll scored three quick goals on either side of the break to completely turn things around and put Arsenal well and truly out of the title race.

His first came when Cresswell put in a super cross from the left flank and Carroll absolute hammered home with a thumping header. He was at it again a minute later when another bullet like header found the back of the net as both teams went into the break 2-2. 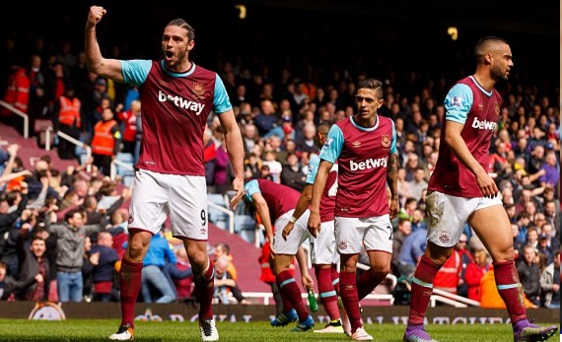 After the break, West Ham started where they left off and Carroll was on target again lurking at the back post while an hopeful cross was put in the box. He rose the highest and put the ball back in the net with his third header of the day. Upton Park was buzzing at that point and from than on there was only one team who was going to win this game.

But credit to Arsenal they found a way back into the game when Laurent Koscielny scored with 20 minute left on clock to set up a grand stand finish in this London Derby.