Arsenal secured three points against Aston Villa in the premier league game this sunday afternoon. Olivier Giroud opened the scoring in eighth minute through penalty while Aaron Ramsey scored in 39th minute to make it 2-0 as Arsenal went into the break with a 2 nothing lead.

After the break Arsenal dig in deep to hold on to their 2 goal advantage and secured all three points taking their tally to 34 in the league and now sit top of the table with Manchester City clash looming next week.

Alan Hutton brought down Theo Walcott inside the box and referee had no problem giving spot kick to Arsenal. Infomr striker Olivier Giroud lined up who scored his 4th goal in 2 matches to put Arsenal 1-0 up and well on their way to all three points against Aston Villa. (It was Giroud’s 9th goal in 9 away matches) 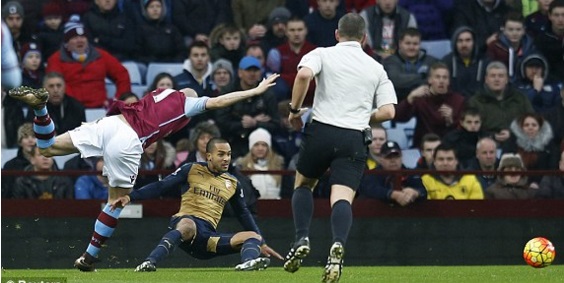 Arsenal dominated the game against pretty much a sorry Aston Villa side who are destined to get relegated. Aaron Ramsey made it 2-0 around 40th minute and killed the game off. The move started in Arsenal’s own half when Ramsey wins the ball and played Ozil which put in a great squared ball for Ramsey to poke him with a neat finish. 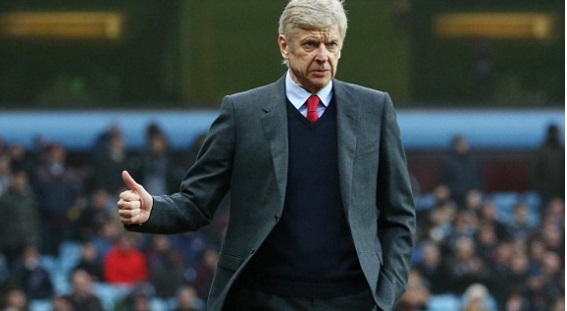 Game finished 2-0 for Arsenal as they go top of the table with 1 point lead to Manchester City. This has been a superb week for Arsenal as they made the impossible possible getting into the knockout stages of the champions league with an impressive 3-0 away win over Olympiakos and they followed that up with another superb away win against Villa and now sit top of the table. Arsene Wenger will be delighted with his players and there might be something special in store for Arsenal fans this season.