Manchester United kept their faint hopes of qualifying for the champions league by winning 1-0 against relegated Aston Villa. United dominated the game in terms of possession and chance creating but failed to score more than once leaving Villa always in the game.

Manchester United took on Aston Villa in the premier league game on Sunday in what was a massive game for United’s top 4 chances in the league. Manchester United controlled the game from first minute as expected and took the lead in 32nd minute when Marcus Rashford poked home a Valencia’s drilled in low cross into the back of the net. Villa’s relegation would be confirmed with a defeat as both teams went into the break 1-0. 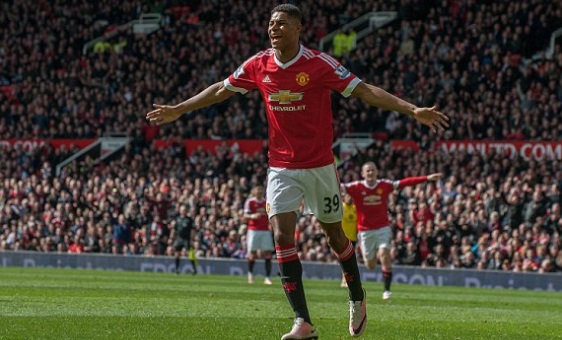 Manchester United took the lead in 32nd minute when Marcus Rashford scored his 7th goal of the season when he converted from Valencia’s low cross.

Manchester United vs Aston Villa Short Preview & Team News: Manchester United are well and truly in with a chance to overtake City for the fourth place in the league considering they have favorable matches including three back to back home games up next and they can very well overtake City and might run Arsenal close for third place finish.

Possible Starting Lineups of Both Teams:
This is how I expect both teams to lineup on friday night and will confirm the starting lineup couple of hours ahead of the kickoff. 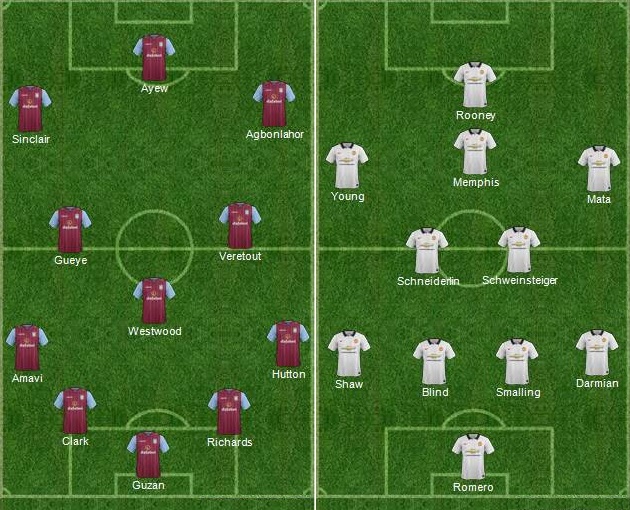 Match Highlights & Goals Video: We will place goals video from this match right here as soon as goals are scored while full match highlights and extended bbc motd video will be available later in the night.

Head To Head Record & Predictions:
United and Villa has meet 139 times in premier league with United winning 83 matches while Villa were victorious on 38 occasions and the other 38 has been draws. In the recent years United has won 9 of the last 13 matches and 4 has been draw which means united are unbeaten against Villa in last 6 to 7 years. I am going with a comfortable home win for United in this one.