Australia vs Peru Preview: Aussies coach Bert van Marwijk explained that regardless what happens in other game between France and Denmark, Australia will be looking to win the match and see what happens after that. Australia were unlucky to lose their game against France and had they got a point of it, things would be different right now. Peru lost both of their opening game against France and Denmark and they are already out with not much to play for. Peru will be giving chance to some of the fringe players on Tuesday.

Team News & Possible Lineups: Andrew Nabbout dislocated his shoulder against Peru and he will be out for rest of the tournament while Peru won’t have the services of Jefferson Farfan who was knocked out in the training he was confirmed to have a traumatic brain injury and still in hospital. 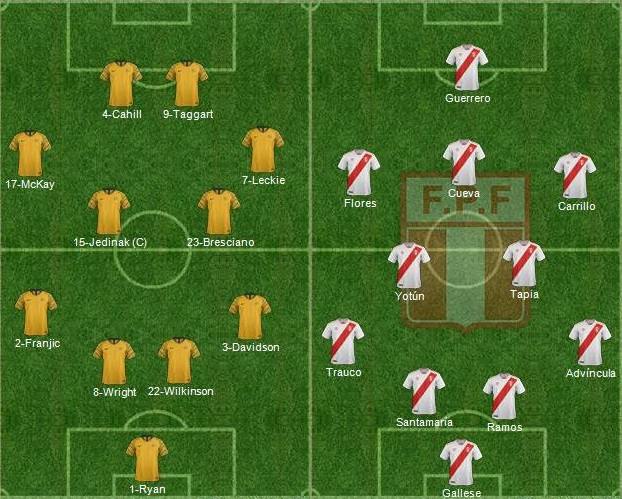 Match Stats and Predictions: This will be the very first meeting between these two sides. Peru have only faced team from Oceana only 1 time and that was in 2017 when the defeated New Zealand in the world cup playoff. Australia have only kept 1 clean sheet in their last 15 world cup matches, that clean sheet came back in 1974 against Chile in 0-0 draw. Looking at the teams and their form I can see Australia signing off the world cup with a win as it won’t be enough if won’t get beat against France. I am going with a exciting match and Australia to win it late, its 2-1 Aussies for me.