FC Barcelona are set to travel to face Granada in the Spanish Primera Liga game on Sunday, 02 April 2017 starting at around Estadio Nuevo Los Cármenes. This is a huge game for Barcelona who will have to break their international break woes by winning away from home to keep themselves in the title race. By the time game kicks off at around 20:45 CET Barcelona might find themselves 5 points behind Real Madrid who play Alaves earlier in the season. 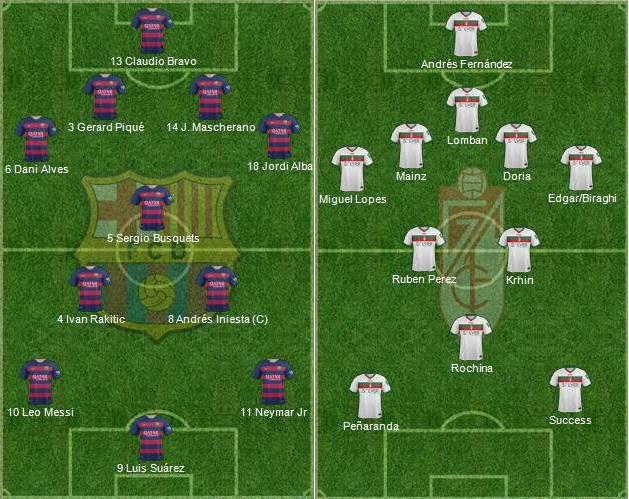 Claudio Bravo is likely to start in goal for Barcelona. Both Arda Turan and Alex Vidal has been included in the 18 man squad for Granada fixture and likely to play some role on saturday.
Granada 1-3 FC Barcelona Highlights
[ Spanish La Liga 2017 Match ]
44′ 0 – 1 Luis Suarez
50′ 1 – 1 Jeremie Boga
64′ 1 – 2 Francisco Alcacer

Preview & Team News: Neymar, Messi and Suarez are all fit and well rested as we head to the last weekend of the league season in Spain. Barcelona need three points which will ensure them the title regardless how Real Madrid match pans out.

Barcelona will be without Javier Mascherano who won’t be part of the squad which means Tomas Vermaelen is likely to slot in central defense role alongside Pique. Apart from that Barcelona will have usual starting line up with Neymar, Suarez and Lionel Messi starting upfront and Rakitic, Iniesta and Busquest playing in midfield. Jordi Alba and Dani Alvez should keep their place as full backs. 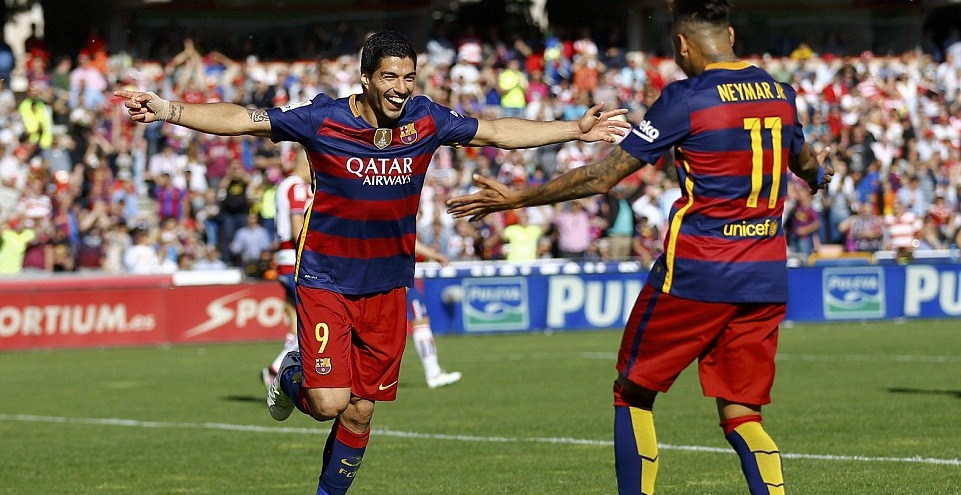 FC Barcelona cruised to a comfortable win against Granada on the final day of La Liga season to win the 2016 La Liga title. Luis Suarez was on target twice in first half as he not only wrapped up league title for Barcelona but also confirmed himself “pichichi” trophy having scored 39 league goals this season. Real Madrid won their game as well but they fell 1 point short of Barcelona’s 91 points. Watch match highlights and goals video here.

Barcelona were into the game with a must win situation as both Real Madrid and Barcelona played their respective league games at the same time. It was Real madrid who took the lead against Deportivo first to raise a few alarms in Baca camp but Luis Suarez scored twice in first half to ensure their won’t be any hickups. 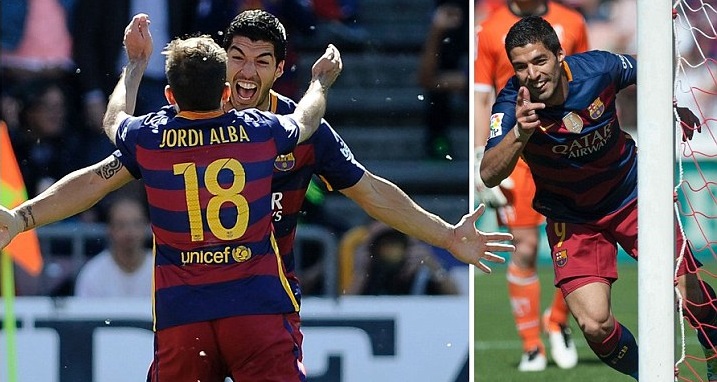 Granada 0-3 FC Barcelona Highlights
[Spanish La Liga, Saturday, 14th May 2016 ]
22′ 0 – 1 Luis Suarez scored with a close range tap in to put Barcelona in lead.
38′ 0 – 2 Luis Suarez was on target again when Dani Alvez cross was headed home at near post by Suarez.
86′ 0 – 3 Luis Suarez complete his hattrick when Neymar just squared the ball for a tapin.

Lionel Messi warms-up for record-breaking fifth Ballon d’Or with another stunning performances scoring a hattrick while Neymar was also on the scoresheet. Barcelona ripped though Granada defense with precision passing and scoring twice in each half. 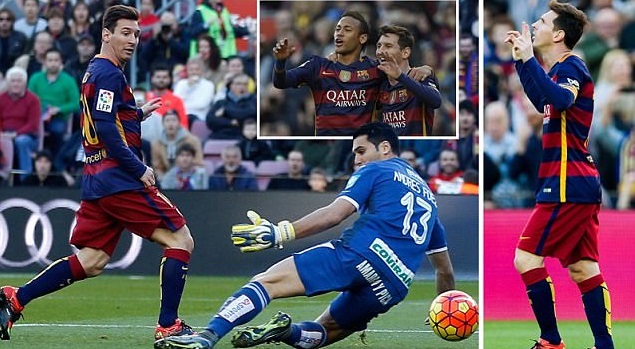 Lionel Messi and company continue their unbeaten run with another comfortable showing against struggling Granada side. Lionel Messi scored two goals in quick succession in the opening half to make it 2-0 and pretty much put the game to bed. Messi’s first came with Neymar putting together a drilled shot/cross inside the box which was poked home by Messi while second was another tap in after Suarez squared it nicely for Messi. Messi completed his hattrick in second half before Neymar added fourth of the day and complete a 4-0 win for Barcelona.