FC Barcelona are set to take on Malaga in the Spanish La Liga game on Saturday night, 21 October 2017 at Camp Nou Stadium. This game gives Barcelona a chance to not only keep their position at top of the table but actually stretch the lead for atleast 24 hours as Real Madrid player later in the weekend on Sunday night, 22 October. The game will kickoff at around 20:45 CET / 19:45 uk time and SkySports has live coverage in the UK while beIN Sports has live rights in the US and majority of middle-east and some African countries.

Match Preview: Lionel Messi has traveled with the 18-man squad traveled to Malaga, he pulled out of the midweek game against Athletico Bilbao with a hamstring problem but expected to start alongside Suarez on saturday afternoon. But Barcelona will be without Neymar who has been ruled out with a hamstring problem and his return depends on his rate of recovery, but reportedly he will be out for a couple of weeks atleast. Jérémy Mathieu also return to the squad after missing out during the midweek. Munir El Haddadi is expected to start upfront alongside Suarez and Lionel Messi after his superb performances in the cup competition. 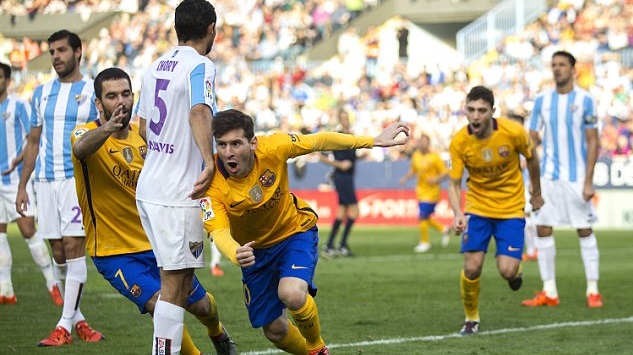 Barcelona completed a league double over Malaga last season winning 2-1 away from home back in January 2017 followed by 2-0 win in April 2017. Lionel Messi was on target in both games and he will be key for Barcelona’s chances of getting three points against Malaga.

Barcelona are currently unbeaten in their last 23 games in all competition and the will be will looking to add to those numbers on saturday against a difficult opponent playing away from home. Malaga are currently sitting 12th in the table with 20 points but their home form has been very good where they have only lost two games in 9 home matches.

This is how I expect both teams to lineup on saturday. this is the confirmed lineup. 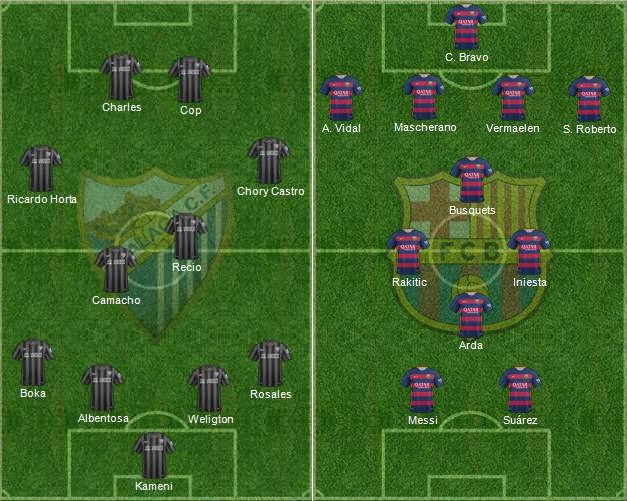 Barcelona are without Neymar who has been their best player this season but with Messi returning to starting lineup alongside Suarez they should have enough in the tank to get the better of Malaga. An early goal for either side will open up the match and if its Barcelona we can expect a goal flurry. I am going with a 3-1 win for Barcelona in this one.