FC Barcelona are set to take on Villarreal in the Spanish La Liga game on Sunday night, 10 December 2017 at the Estadio de la Cerámica. Its a massive game where Barcelona need to win this game to keep their lead at top of the table to 5 points. Villarreal on the other hand are 6th in the table with 21 points with as many as 7 teams below them are within three points off them. Villarreal has only lost one of the opening 6 home games and we can expect a tight game here. The game between Barcelona and Villarreal kicks off at around 20:45 CET / 19:45 uk time.

Villarreal on the other hand are no pushovers and they can go within just a point of second place Barcelona if they can register a win at home this Sunday. From whatever angel you look at this game, it holds significant important as far as top of the table is concerned. Anything but a win for Barcelona will open up a 5-6 points gap and they might get tangled in top 4 race considering Sevilla, Villarreal, Atletico Madrid and even Sociedad fighting it for top 4 finish. 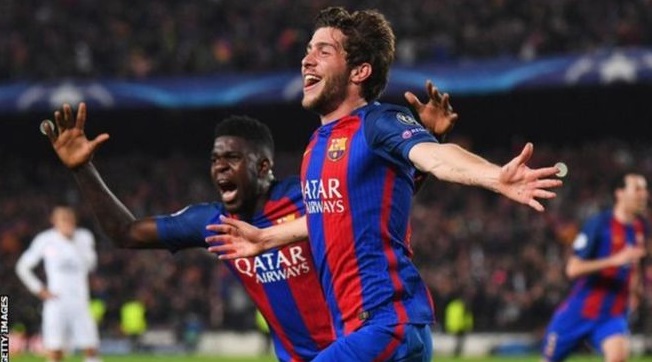 FC Barcelona 2-1 Villarreal Highlights
[ Spanish La Liga 2017 Match ]
21′ 1 – 0 Neymar scored the opening goal for Barcelona in just 21st minute of the match to put his team in lead.
32′ 1 – 1 Cedric Bakambu however canceled out Barcelona’s lead after he was sent through on goal and he made absolute no mistake in putting the ball in the back of the net.
45′ 2 – 1 Lionel Messi continue his absolute staller season form scoring Barcelona’s second of the day just before halftime. 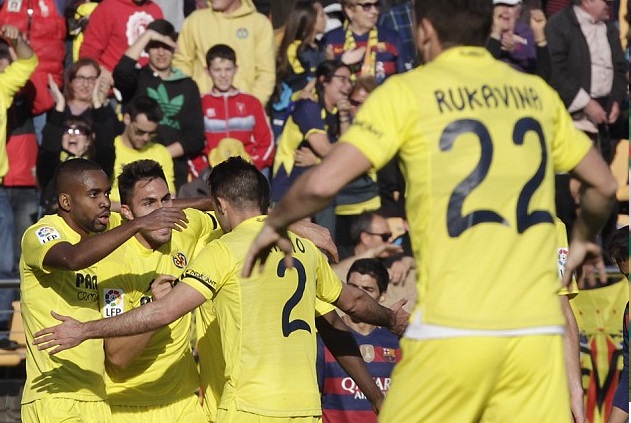 Last time these two meet was back in March 2016 when Villarreal came from 2-0 down to draw level 2-2 on the night. We can expect another high scoring game and a surprise win for home side at El Madrigal.

Barcelona vs Villarreal Preview: Lionel Messi, Suarez and Neymar all started in midway action against Bilbao in Copa Del Rey and we can safely assume all of them will start on Sunday against Villarreal as well. Barcelona’s woes are mainly in defense where they can not just find a consistent back four. Constant chopping and changing has left a big back four confused.

Lionel Messi has been in absolute beast form since returning from injury earlier in the season while Suarez and Neymar also keeping their impeccable form having scored more than 100 goals between the front trio. Villarreal on the other hand might not be devastating going forward but they do have a extremely tight defense at home conceding only 8 goals at home and 23 overall in the season. So if you are expecting another goal fest in this game you might very well be disappointed as Villarreal is a solid defense unit who will make it very hard for Barcelona to break them down. 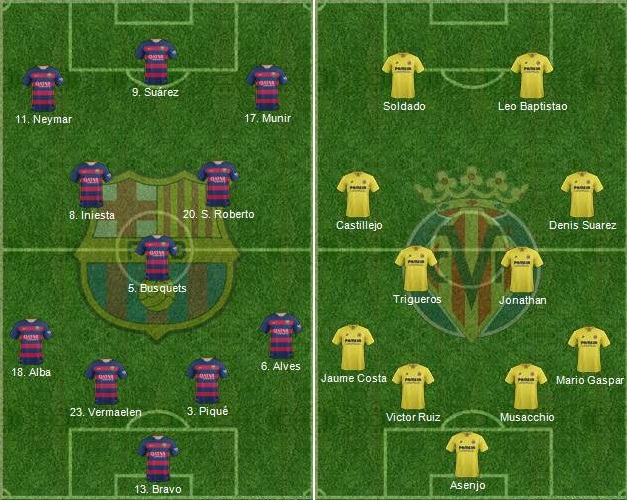 Match predictions: Barcelona are favourite to win every game they play not only in La Liga but also in Europe as well and thats down to absolute magical form of front three who have scored more than 100 goals between them. But law of average is going to catch up with Barcelona sooner or later I expect Villarreal to produce a shock result here. I am going with a 2-1 win for Villarreal. 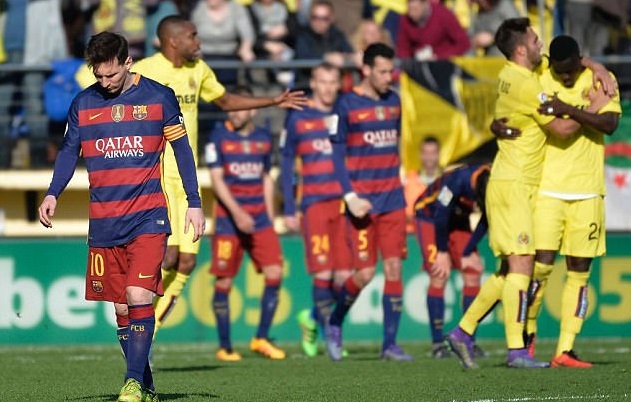 Barcelona continue their absolute beast form going strong after they looked to have finished off Villarreal after Rakitic putaway side 1-0 up in just 21st minute and Neymar added the second just before the break via penalty. Barcelona dominated the game in first 45 minute but Villarreal came storming back into the game with two quick goals in second half coming through Cedric Bakambu and Jeremy Mathieu own goal.