You could not write a script for when two European heavyweights collides, that was the case as Bayern came from 2-0 down in second leg to win the match 4-2 in extra time completing a 6-4 win on aggregate against Juventus.

Bayern Munich hosted Juventus in the second leg of their 2016 Champions League round of 16 match on Wednesday night. It turned out a nightmare of a start for Bayern who conceded twice inside first half an hour with Paul Pogba opening the scoring in just 5th minute while Juan Cuadrado scored in 28th minute to put the game beyond Bayern Munich. Robert Lewandowski and Thomas Muller scored late in second half to turn the tie around and take the game to extra time. Where Thiago Alcantara scored in second half of extra time to make it 3-2 and win the game for Bayern.

Bayern Munich completed a superb turn around against Juventus to qualify for the quarterfinals. Juventus took a 2-0 lead inside first 30 minutes but Bayern hit back towards the end of normal 90 minutes with two goals to take the game to extra time. Alcantara and Comon scored 2 goals in 1 minute in second half of extra time to put Bayern in the quarter finals.

Manuel Neuer in no mans land, Stephan Lichsteiner squared a nice ball for onrushing Paul Pagba who put the ball in pretty much unguarded net to get Juventus 1-0 up in just 5th minute. 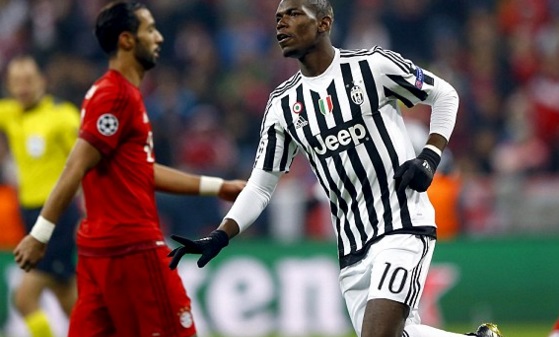 Juventus were not done there yet, Bayern Munich with in control of the ball in Juventus half lost unneccesory possession resulting in Alvaro Morata dribbling the ball all the way to Bayern box where he played unmarked Cuadrado who slotted the ball in back of then net to make it 2-0 and kill the tie off. There was no way Bayern were to turn things around against Juventus from than on. Or will they ? 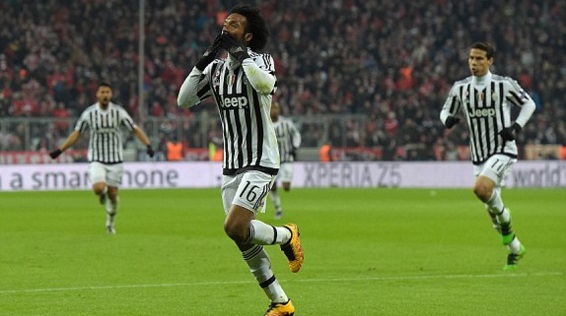 Robert Lewandowski gave Bayern munich a glimmer of a hope to get back into the tie when he scored in 73rd minute but Juventus, just like typical Italian sides hanged in there to get themselves a quarterfinal berth. 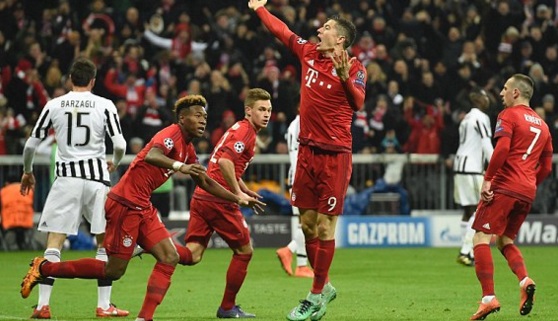 Thomas Muller scored in 90th minute to equalize for Bayern Munich after Juventus failed to negotiate Bayern’s constant pressure towards the end of 90 minutes and extra time was needed to decide the winner of this incredible champions league tie between two of the European heavyweights.

Goals from Thomas Mueller and Arjan Robben had given Bayern a 2-0 away lead in the first leg but Juventus turn the game on its head with Paulo Dybalaand Sturaro scored two goals in second half to get Juventus back into the match. We will have live links and match highlights of the game here.

Bayern Munich took control of the Champions League round of 16 tie against Juventus when the scored either side of the break to get 2-0 away lead. Paulo Dybala scored in 63rd minute to make it 2-1 and gave Juventus some glimmer of hope but in reality the tie is as good as done and duster after Bayern’s scored two away goals. Watch match highlights of the game right here on this page.

Both Bayern Munich and Juventus has enjoyed superb run of form in domestic football and both leading their respective leagues and we can safely assum both will end up winning the league titles. But its the Champions League trophy both teams want to get their hands on come may. Looking at the the recent form its hard to separate the two as Juventus has turned the tables winning 14 consecutive games and topping Italian League after rather poor start. They have kept 9 clean sheets in the last 9 games but they face their toughest test so far against a Bayern side who has only lost twice this season.

Team News & Lineups: Bayern Munich has some massive injury worries going into the Juventus clash, Boateng, J. Martínez, H. Badstuber and S. Ulreich are all ruled out which means Pep Guardiola has to invent a makeshift central defense pairing against Juventus. Lahm and Bernat to start as full backs. Form juventus player Vidal to partner Thiago in central midfield role with Robbern, Muller and Costa taking attacking roles behind Lewandowski.

Juventus on the other hand will be without Chiellini and Martín Cácere which means Barzagli and Bonucci to play in central defense roles alongside Lichtsteiner and Evra taking fullback positions. Since Juventus are playing at home we can expect a four man midfield of Marchisio, Khadira, Pogba and Cuadrado while Dybala and Moratta to play upfront. This is how I expect both teams to lineup on Tuesday night. 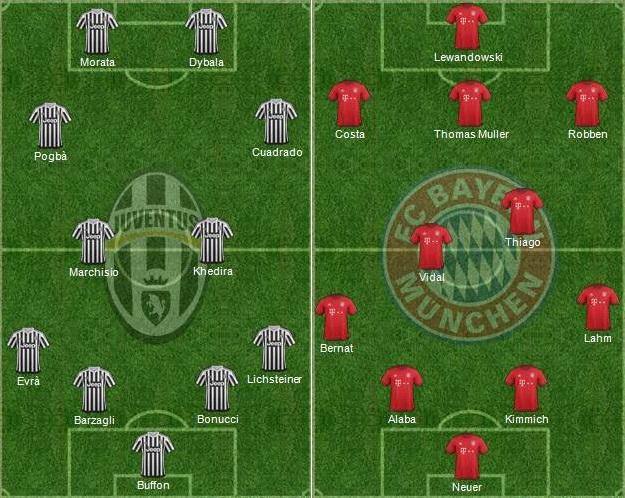 Head to head record & Predictions: Looking at the past few meetings between the two sides, Bayern Munich are heavy favourites since they will be playing second leg at home. Juventus has not beaten Bayern in the last four matches they have played. Last time the both meet was back in 2011 season when Bayern ran out 4-0 winners on aggregate over two legs.

Juventus are in superb form at the moment and they will make it incredibly difficult for Bayern to score at Turin. I am expecting a close game which might very well end in 0-0 result which both teams will be happy with. If its a score draw it will suite Bayern as they will take away goal advantage into second leg.