Five time world champions, Brazil are set to take on Venezuela on Tuesday night, 11 October 2016 in the FIFA World Cup 2018 qualifier match and it will be played in Venezuela. Brazil can put themselves in commanding position with important away win and go top of the qualifying table if they managed to get a win against a difficult to beat Venezuela side. We will have live youtube links with beIN Sports coverage right here on this page. 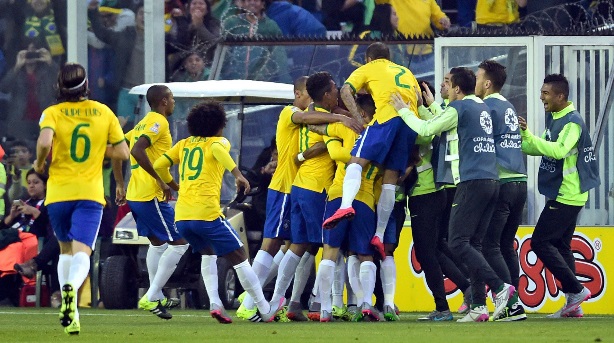 Brazil started the world cup qualifying campaign rather under-whelmingly but they have picked up the pace and now look like the most inform team in South America. Their 5-0 win over Bolivia 3 days ago will go along way to build the confidence in this young and dynamic team. They are not only the highest scorers in the qualifying so far with 21 goals but they also posses a very mean defence which has only leaked 9 goals so far. Only Argentina and Uruguay has conceded less.

Neymar will lead the attacking line yet again alongside Coutinho who scored twice against Bolivia. Its a important fixture where Brazil will be more than happy with a draw but looking at their recent form they should have enough about them to see off Venezuela.

Group C is wide open with all four teams on 3 points after two matches, Brazil are currently top of the table with on more goal scored and better head to head record compared to peru but if they lose the match against Venezuela and Colombia win their encounter against Peru Brazil might crash out of the competition which makes this game as very anticipated contest.

Venezuela on the other hand started their Copa America campaign in flying colours defeating Colombia 1-0 thanks to Salmon Rondon goal but they suffered a shock defeat in the second fixture when they were humbled by Peru through a solitary goal by Claudio Pizzaro.

Team News: Neymar has been suspended for 4 international matches which means even if Brazil were to reach the final of Copa America he won’t be able to take part in any game. Venezuela also have Amorebieta suspended after he saw a straight red in the defeat against Peru so Gabriel Cichero should come in place of him. Douglas Costa is likely to start upfront for Brazil inplace of suspended Naymar.