Canada qualified for the 2015 Women world cup knockout stages when they took on Netherlands where Lawrence scored for Canada in the first half while Kirsten Van de Ven equalised in second half for Netherlands.

The game will be played in Montreal and should start at around 07:30 PM local montreal time. Group A has been short of action as none of the four teams has scored or conceded more than 1 goal so far. Canada women team has kept two clean sheets so far and yet to concede while Netherlands have conceded 1 and scored 1 but a physical team to play against.

Canada women team’s last group game against Netherlands will be taking place tonight in Montreal’s Olympic Stadium and a draw should be enough to secure knockout stages berth for Canada while Netherlands needs all three points to have any chance of automatic qualification.

Match Preview: Canada women team will be taking on Netherlands in the Group A game in what should be a cracking match where both teams need points in the match for different reasons. 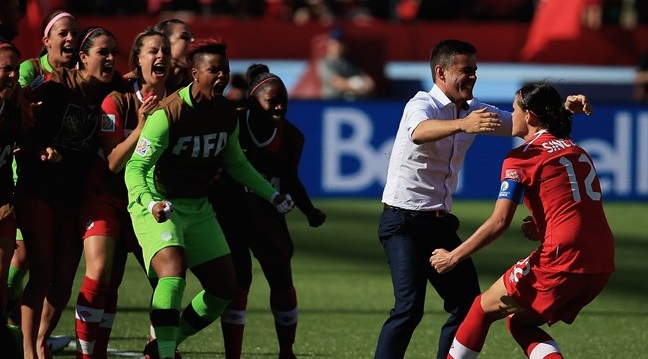 Canada have played two matches and won the first against China in last moments while they drew blank against New Zealand with a 0-0 scoreline leaving them 4 points in 2 matches but top of the group. Netherlands on the other hand has lost 1 and won 1 game in the opening two matches and they must win to have any chance of automatic qualification to the knockout stages.

Canada are almost certain to qualify for next round but they would like to do it as group winners which will ensure an easy passge to the semifinals (well atleast on paper). Canada will top the group if they beat Netherlands regardless of other results in the group but a draw might be enough to if China fails to win their game against New Zealand. So its all finely poised going into the last set of group matches.