Chelsea are set to visit Etihad Stadium as they take on Manchester City on Sunday, 04 March 2018 for the premier league game in what will be a massive game for Chelsea and their hopes of finishing in the top four. It has been a remarkable downfall of last year’s champions who go into the game 22 points behind City and if they drop points on Sunday they can pretty much say goodbye to finishing in top four. City on the other hand can make a statement as they march towards Premier League title. The game kicks off at around 16:00 uk time and we will have live links closer to the kickoff.

Chelsea have been very good against Manchester City and they did the double over City last year on their way to premier league title. However things have changed dramatically and City go into the Sunday’s game as odds on favourites to take all three points. Antonio Conte must get his troops mentally ready for a big game and it will be interesting to see how he lineup for Sunday’s big clash.

Last time these two meet was back in September 2017 when Manchester City absolutely dominated City at Stamford Bridge and although they scoreline suggest a very narrow win, it was anything but that. Kevin De Bruyne has been in such great form this season and he is instrumental in City success so far this season. 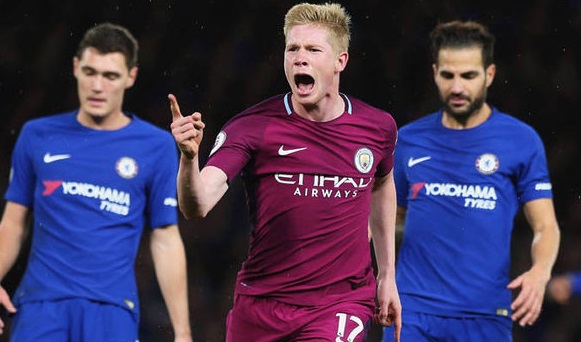 Last time these two meet was earlier in the season back in September when Manchester City masterclass ensured a 1-0 win at Stamford Bridge thanks to goal from Kevin De Bruyne. 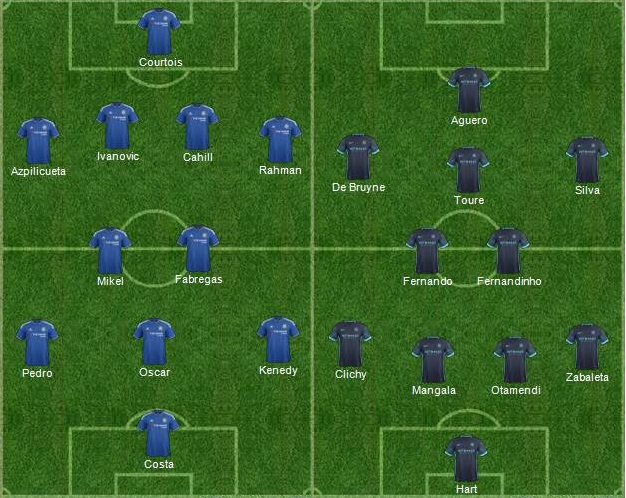 Match Predictions: City defeated Chelsea 1-0 in the premier league fixture back in September and City will be hoping for another similar performance at Etihad Stadium to continue their dominance over top 6 teams. Chelsea do have a knack off turning up in big games and it won’t surprise me if Conte setup for a 0-0 this Sunday.