Chelsea are set to host West Bromwich Albion in the Premier League game on Monday night, 12 February 2018 at Stamford Bridge in what will be a massive game for Chelsea. They need three points to stay in the top four and anything but a win and the increasing pressure on Conte might just tip over the bar and he get sacked before end of the week. West Brom on the other hand find themselves bottom of the table and three points is what Alan Pardew will be looking for this weekend. The game kicks off at around 19:45 uk time and if you dont’t have access to live action, you can always tune in here for full match highlights.

Chelsea vs West Brom Preview: Chelsea started the season under dubious circumstances and results were not really going there way, but that 1-0 win over United two weeks ago has put some belief in the squad and now they find themselves just 1 point behind second and third placed teams in the league. Another win for Chelsea on Saturday combine with couple of other top 3 teams dropping points will only enhance their position in the league. 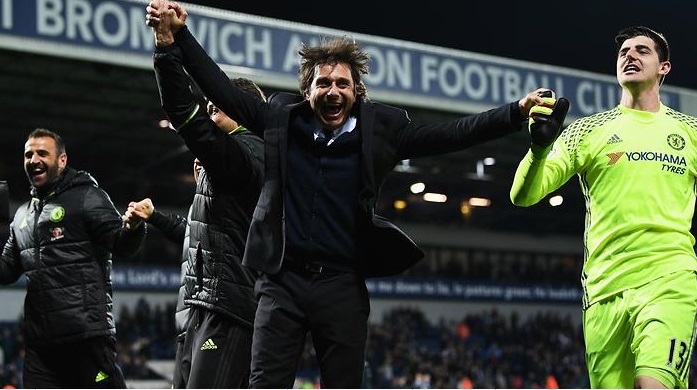 Last time these two meet was back in May 2017 when Chelsea secured a comfortable 1-0 win thanks to Michy Batshuayi solitary goal which clinched title for Chelsea.

West Bromwich Albion 0-1 Chelsea – May 2017
[ Premier League 2017 Match ]
83′ 0 – 1 Michy Batshuayi scores from close range late in second half to secure all three points and with that the 2017 premier league title for Chelsea.

Last time these two meet was back in January 2016 where West Brom managed to hold Chelsea to a 2-2 draw at Hawthorns. However this Chelsea side is a total different animal having dominated teams off late with their superb counter attacking football. Eden Hazard and Costa are playing their best football and Chelsea will go into the home game against West Brom slightly favorite. 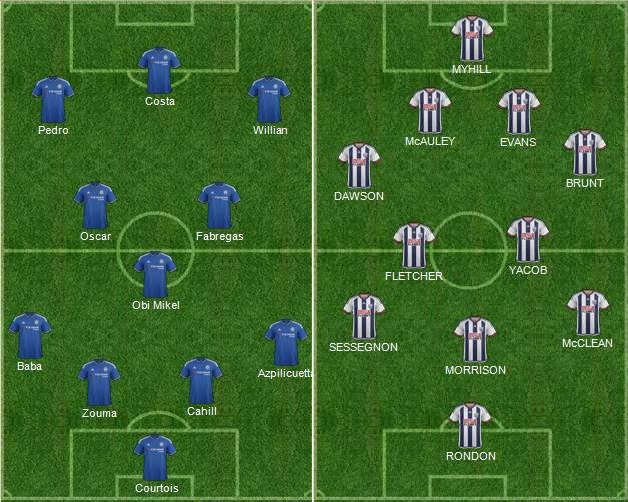 Chelsea vs West Brom Highlights: Like always we will have the goals video and short highlights right after the game is over. But full match highlights and extended video should be available in couple of hours after the game. So if you missed the live action of Chelsea-West Brom you can always tune in here to see highlights videos of the game here.