Chile rode their luck as they won the game with last kickoff of the game which happened the be a penalty. Chile took the lead through Vidal just after the break but Bolivia had equalized when Jhasmany Campos world class freekick found its way on the far post. Just when it looked like game is heading to a 1-1 draw Chile were awarded a late penalty deep into injury time and Vidal scored to put win all three points for Chile.

Chile who lost their opening game against Argentina will be playing Bolivia in the second group D game on Friday night, 10th June 2016 at the Gillette Stadium in FOXBOROUGH, MA. Its a must win game for 2015 champions and a defeat will certainly end their chances of qualification. Bolivia on the other hand lost against Panama in the opening fixture which kind of set up this game as pretty much a knockout tie. 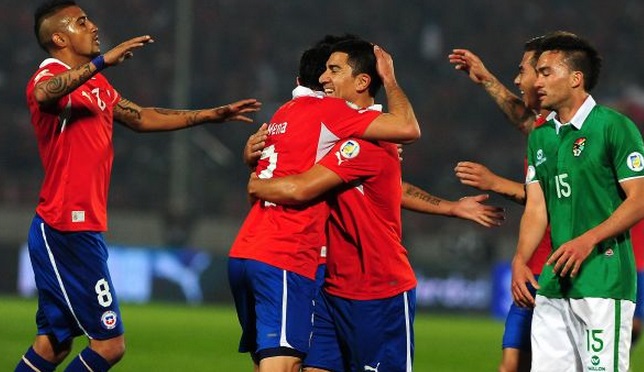 Chile will take heart from their 5-0 win against the same opponent back in 2015 Copa America in Chile. Charles Aranguiz brace and Alexis Sanchez scored in a 5-0 riot. Juan Antonio Pizzi will be hoping a similar performance from his team heading into the must win game.

Chile were humbled against Argentina in the opening fixture when two quick goals from Angel Di Maria and Ever Banega secured a 2-1 win leaving Chile needing to win both of their remaining games to seal their qualification. They will be slightly under pressure but with Sanchez leading the attack they should have enough quality to see off the challenge from Bolivia. 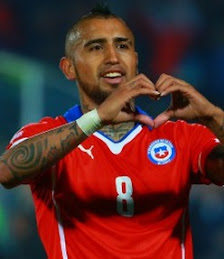 Chile looked a bit shaky and tired against Argentina in the opening game of 2016. Now they turn their attention to Bolivia where a win will put them in great position to qualify for this group.

Arturo Vidal holds the key for Chile in midfield as the dynamic midfielder can boss from box to box on his day while Sanchez. Charles Aranguiz and  Eduardo Vargas form a lethal striking trio

After decent performances in 2015 edition of this tournament, there were higher hopes from this Bolivia team but a surprise defeat in the hands of Panama has pretty much ended their chances of qualification as their remaining two games are against the finalists of 2015.

Chile vs Bolivia Team News:
If Vidal misses out against Bolivia Chile manager can make a straight swap of Matias Fernandez who will be available after serving his suspension While Bolivia are likely to go with a same starting lineup which took the field against Ecuador.