Chile needed to win the game against Panama to qualify for the quarterfinal stage of Copa America and they did just that wing 3-2 in what was a very competitive and exciting game. Chile found themselves one goal down inside first 5 minutes but after that they absolute bossed everything. Eduardo Vargas scored a brace in first half to get Chile in front while Alexis Sanches added couple more after the break to win the game and put 2015 champions into the knockout stages. 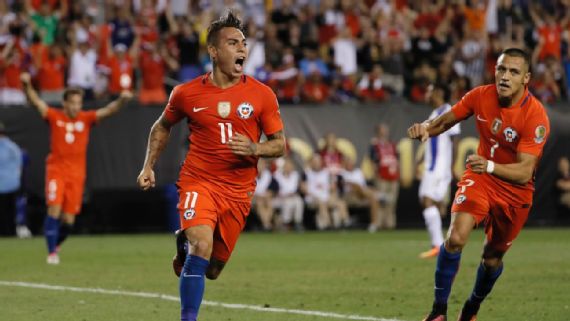 Chile are currently placed second in the group after two matches having lost agains Argentina and that controvertial win over Bolivia in the dying moments. Now a draw against Panama will be enough to get them through to the next round and 2015 champions will be looking to avoid the similar fate that of Brazil. Panama can qualify only if they win the game. So its all set up for a bumper night of football in the final group games of 2016 Copa America.

Team News & Lineups: Chile are set to start with three man attack of Alexis Sanches, Eduardo Vargas and Jose Fuenzalida while three man midfield of Marcelo Diaz, Charles Aranguiz and Vidal will provide much needed control in the middle of the park. Panama on the other hand are likely to keep the same lineup which earned a 2-1 win over Bolivia. Blas Perez who scored both the goals against Bolivia will be leading the attack.

Match Predictions: Panama has been pretty solid so far in the competition while Chile were lucky to get a win against Bolivia the other day. But with their backs to the wall, I feel Chile will come out stronger and an early goal will help boost their confidence. I am going with an easy win for Chile in this one.