Chile took on Peru in the first semifinal of 2015 Copa America and it turned out to be another competitive south america style game where some hard tackling was the theme of first half. Peru was undone by a red card shown to Carlos Zambrano in 20th minute which lead to Chile’s first goal just before the halftime through Eduardo Vargas.

But Peru hit back in the second half with a goal of their own but minutes later Eduardo Vargas restore Chile’s lead with a superb striker from the edge of the box.

Former QPR player Eduardo Vargas has been breath of fresh air in 2015 Copa America and against Peru he made the difference, after scoring a simple tap in first half, Vargas produce moment of magic in second half to restore Chile’s lead and get them through to the big final. 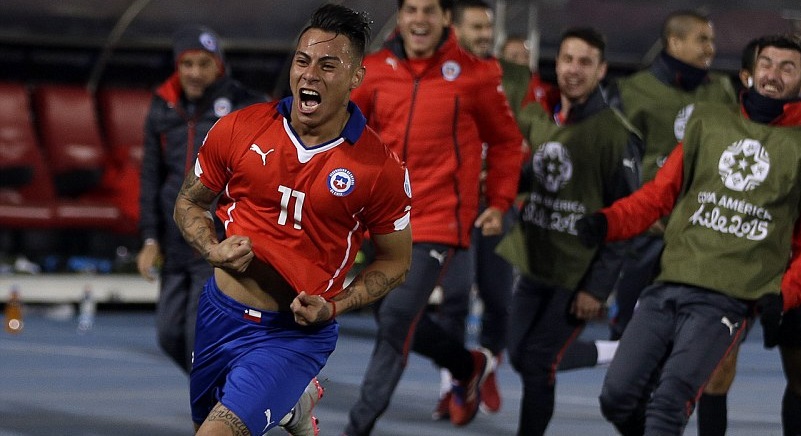 Copa America 2015 kept is traditional surprises and it turned out to be a very competitive South America regional international competition. Almost every game so far has been tight apart from a couple of one sided results. Now we move to the semifinal stage where Chile will take on Peru in the first Semifinal while Argentina will play against Paraguay to determine the two finalists of 2015 Copa America.

It will be a huge disappointment for the hosts Chile if they fail to reach 2015 Copa America final and if they do it will be the first time in last 28 years they would make it there. They of course have never won the competition on previous 5 time they reach finals and this golden generation playing at home should have enough in them to go past Peru.

Jorge Sampaoli has developed a winning formula and the best use of available talent all around the pitch that makes Chile a free flowing side and they have been the best team going forward in the Copa America so far. They defeated Uruguay in the quarterfinals where “Gonzalo Jara” was involved in ill tempered situation and might be suspended for the rest of the competition. 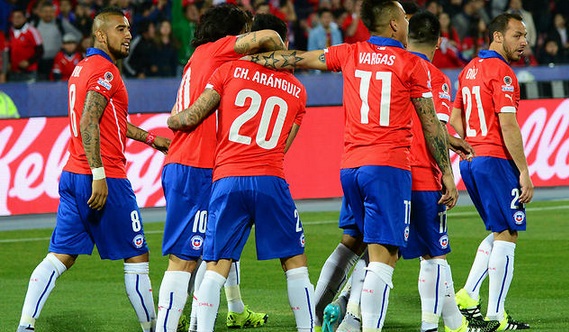 Peru on the other hand have been very resilient and stubborn unit, who after losing their first game against Brazil in the injury time have been unbeaten and scrapping away results. Their 3-1 win over Bolivia in the quarterfinals was their best performance where Paolo Guerrero scored all three goals and he will be the man Peru will look up to when they take the field against Chile the fixture is widely regarded as “‘Clasico del Pacifico” as both countries share the border and great deal of rivalry.

Possible Starting Lineups:
Chile might be without defender Jara as they are waiting to hear from the panel about his suspension while Ricardo Gareca’s Peru might be unchanged after their superb win against Bolivia. 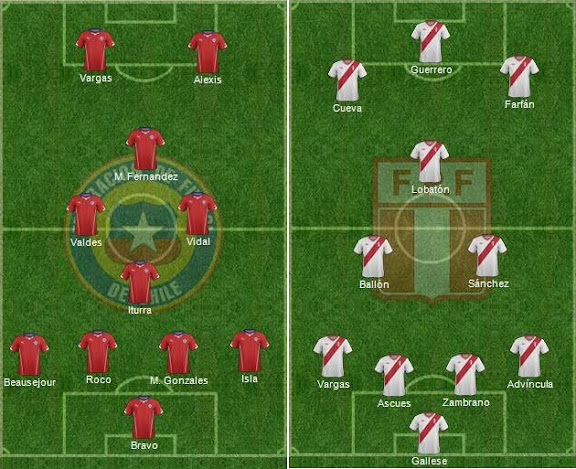 Match Predictions:
Hard to see any other result than Chile winning this one, but since this years competitions has produced some surprising results you can not go against Peru’s resiliant defence and in form striker Guerrero who is coming into the game as top goalscorer in Copa America so far. But Chile’s golden generation and free flowing football with home advantage might prove to be the key. I am going with a 3-1 win for Chile in this one.