Chile will play Uruguay on Tuesday night, 15th November 2016 as part of South America World Cup 2018 qualifier and this is a massive game for both sides where Chile must win this game to keep themselves in the contention for top 4 automatic places while Uruguay can get a step closer to qualification with a win. The match will be played at around 23:30 uk time and we will have live links here. 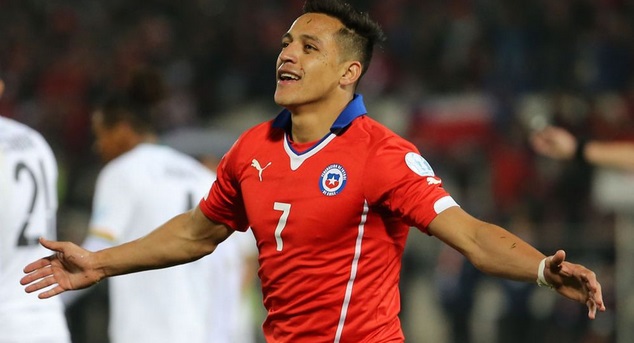 First of four quarter finals scheduled this week will be played between 5 time finalists Chile and defending champions Uruguay at the national stadium of Chile this Wednesday night. Chile are slight favourites going into the match after their superb performances in the group stages while Uruguay have been struggling without their talisman Luis Suarez.

Chile qualified for the Copa America quarter finals as unbeaten and group a winners after playing three matches, winning 2 and drawing 1. They outclassed Bolivia in their last group game by 5-0 and should be one of the hot favourites to go all the way to the 2015 final.

Uruguay on the other hand struggled throughout the group stages and they were lucky to qualify as the one of the 2nd best 3rd placed team. Uruguay are ofcource the defending champions having won the competition back in 2011 beating Paraguay in the finals but their group stages performances have been poor to say the least. 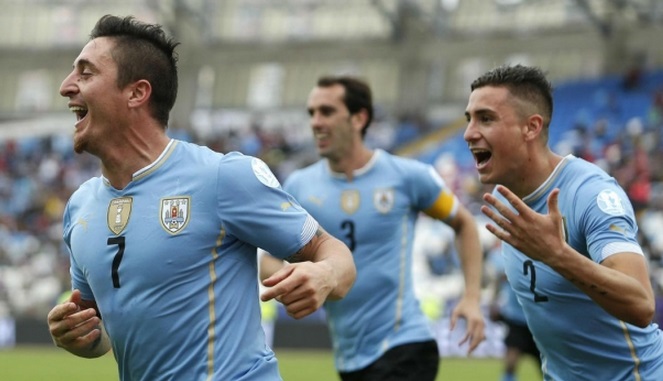 They started with a 1-0 win over Jamaica, then lost against Argentina and drew a 1-1 against Paraguay. They only scored 2 goals in the three matches and looking like a team without any confidence so far. But defensively they have been decent their problem is going forward and scoring goals. Edinson Cavani is yet to score a goal in the competition.

Uruguay Team New: Oscar Tabarez will welcome back Diego Godin of Atletico Madrid as he was suspended for their last game against Paraguay, Sebastian Coates is expected to make a way for him while Hull City’s Abel Hernendez might keep his place in the starting lineup after a good showing against Paraguay.

Chile Team News: Chile on the other hand should go unchanged although Chile coach Jorge Sampaoli will have to decide between Charles Aranguiz and Matias Fernandez who came off as a sub in their last group game. Aranguiz has shown great form since Matias Fernandez was sent off in the opening game and missed their second group game.

Possible Starting Lineups of Uruguay vs Chile:
This is how I expect both teams to lineup, of course these are not confirmed lineups which will be released couple of hours before the kickoff. 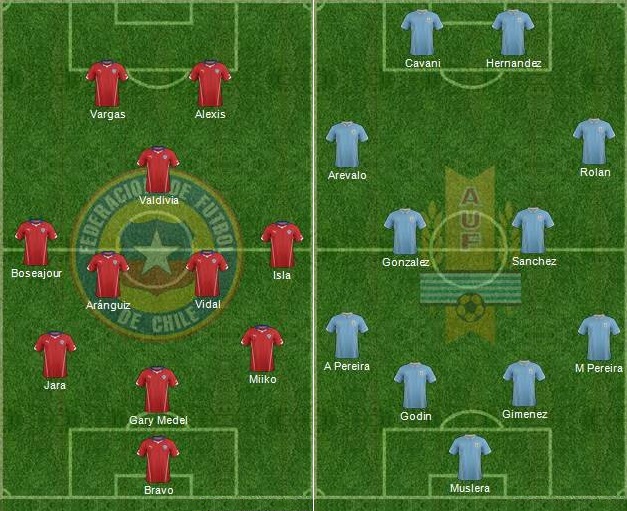 Match Predictions: Chile have been so good so far in the competition and its hard to see them losing against lackluster Uruguay. Then against Copa America is full of twist and turns but going with the current form of both teams Chile should have enough in their arsenal in front of their home crowd to see of Uruguay. I am going wit ha 2-1 win for Chile.

Cile took on Uruguay in what was a very fiery first quarter final of the 2015 Copa America. Uruguay the defending champions made life for hosts difficult throughout but a second yellow for Cavani in second half lead to Chile’s first and only goal of the game in 81st minute. While Jorge Fucile also saw a red in 90th minute for uruguay as they finished with 9 men. 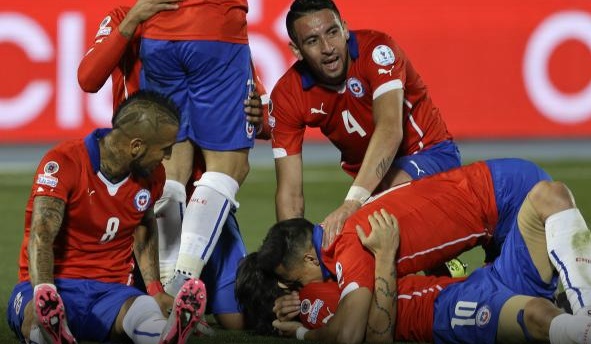 Chile will now face Peru in the first semifinal of the 2015 Copa America and they have a great chance of reaching final where they will face either Argentina or Paraguay.