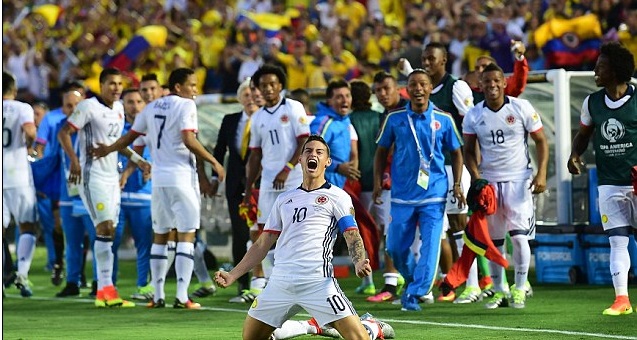 Colombia qualified for the 2016 Copa America knockout stages after winning against Paraguay in what was a pretty much a routine win. James Rodriguez and Carlos Bacca were on target for Colombia in the first half while a late goal by Victor Ayala made things interesting towards the end but Colombia held on for their second consecutive win. 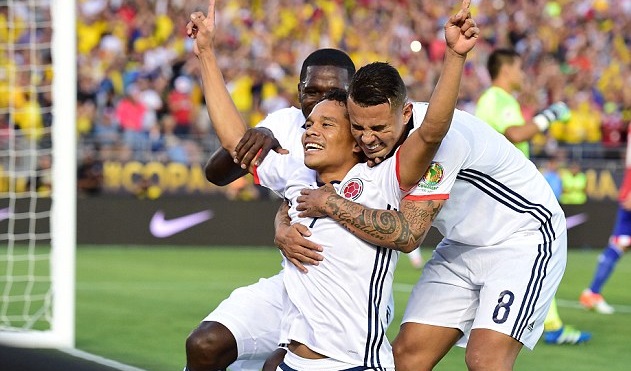 Colombia started their 2016 Copa America campaign on a high when they brushed aside United States in what was a routine win with James Rodriguez leading from the front. Paraguay on the other hand struggled against Costa Rica in a 0-0 draw and now both teams go into the important game on Tuesday night with qualification to next round on the line. Colombia can confirm their passage to next round with a win while Paraguay can also put themselves in driving seat if they can get three points against Colombia.

Team News & Lineups: Colombia registered 2-0 win against USA but it came at a cost with James Rodriguez dislocating his shoulder which means he will be unavailable for the Paraguay game. Which gives manager Jose Pekerman slight headech in team selection and we can expect Dayro Moreno to slot in for injured Rodriguez.

Paraguay go into the game slightly under pressure as a defeat might end their chances of qualification to next round but coach Ramon Diaz is confident his team can put their 0-0 draw against Costa Rica behind with a good performance against Colombia on tuesday night.

This is how I expect both teams to lineup on Tuesday night.

Match Predictions: Paraguay will be looking to make life difficult for Colombia and this is kind of a game which is hard to predict with two solid South American teams playing with so much at stake. A win for either side will pretty much settle their chances of qualification to knockout stages and I am expecting a tight competitive game with both teams to score. Sitting on the fence, I am going with a 1-1 draw in this one.