So we have the first big surprising result in the Copa America as one of the favourites Colombia stumble to 1-0 defeat in the hands of their nemises team Venezuela. Rademal Falcao had a horrific game while Colombia failed to link up properly going forward. 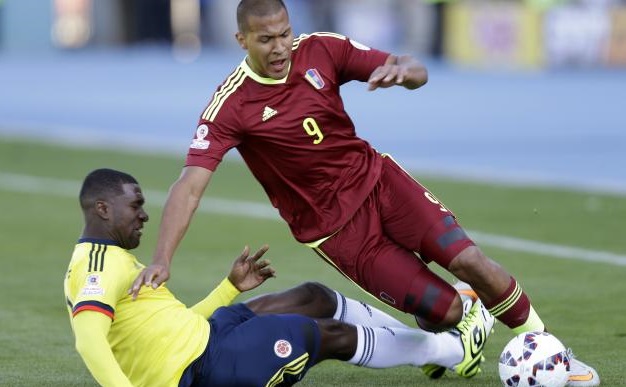 Zenit St Petersbrough striker Salmon Rondon was on target in second half to make it 1-0 for Venezuela and score stayed the same till full time whistle.

Colombia will be taking on Venezuela in the their opening Copa America 2015 match which will be taking place on Sunday night in Estadio El Teniente, Rancagua, Chile with the first kickoff the day at 16:00 local chile time/20:00 UK time to be shown live at beIN Sports english and premiersport tv in UK.

Colombia are going through the purple patch with their golden generation at their peak of powers, Colombia achieved their best world cup result in 2014 when they reached quarter finals and lost against Brazil in what was a close game. 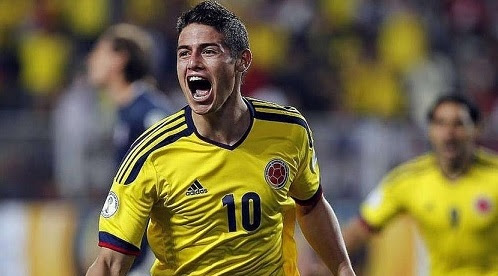 James Rodriguez is their focal point while the likes of Jackson Martinez and Rademal Falcao playing upfront goals are guaranteed for this colombian side. Colombia has only won the Copa America once before back in 2001 and they will be looking to go all they way this time around.

Venezuela on the other hand has been on the rise in international football if we talk about last 10 years, they reached semifinals in the copa america last time around while qualified for the quarter finals in 2007. Zenit St Petersbrough Rondon is a proven goal scorer and he will have to come up with the goods if Venezuela were to upstage the likes of Brazil, Colombia and Peru in Group C which is easily the group of death.

Match Predictions: Colombia might look the better team on paper but Venezuela has a better head to head record in last 5 matches between the two sides where Colombia has only won once and Venezuela has three wins and a draw to their name. Last time the both teams meet in competitive game was 2 years ago in world cup qualifier which was won by Venezuela and Rondon scored the only goal of the game.