Louis Van Gaal’s United hosted Crystal Palace this Wednesday night and it turned out to be a comfortable night at Old Trafford as United scored a rare early goal when Damien Delaney put the ball in his own net in a bizarre own goal. United dominated the game afterwards and they doubled their lead just after the break when Matteo Darmian scored his first goal for United with a thunderbolt of a finish in 55th minute. United now go within a point of Arsenal in fourth position while 2 behind Man City who are third. 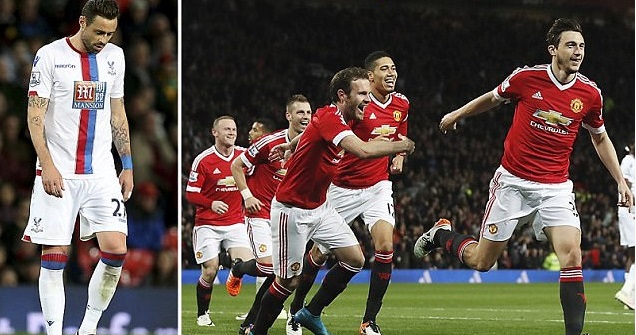 Manchester United cruised to a comfortable win against Crystal Palace with the help of any early own goal by Delaney while Darmian scored in second half to put United into a commanding position. 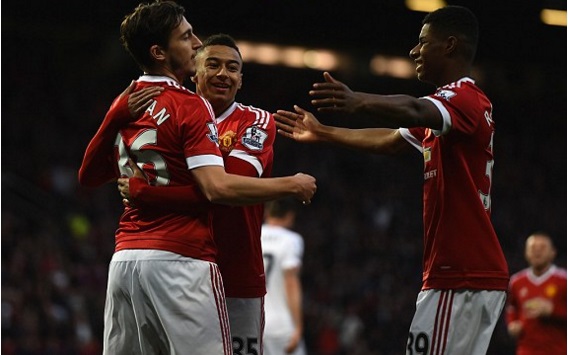 Manchester United has the top four finish well within their reach as they are just 1 point behind Arsenal who play tomorrow against West Brom while 2 behind Man City who are third.

The game will kickoff at around 20:00 uk time but this game won’t be broadcasted live in the UK. So If you missed live game you can always watch extended match highlights provided here after the game.

Last time these two meet was back in October when thy played out a 0-0 draw at Selhurst Park. United however boost a impressive record against Crystal Palace and since they are playing at home I full expect them to take all three points.

Looking at the bigger picture, Van Gaal’s job is on the line when the lead United for Wednesday night clash. A defeat here will end United’s already slim chances of qualification to champions League and that might end in sacking by next weekend.

Preview & Team News: Its massive game for United’as premier league season move to its climax. Crystal Palace has turned around their form in last four games and their 1-1 draw at the emirates over the weekend will only boost their confidence when they visit old trafford

Van Gaal made several changes in the starting lineup in the 1-0 win over Villa with Memphis and Rooney started in place of Martial and Lingard. We might expect both of them to get straight back in the starting lineup on wednesday as Van Gaal might look to rotate players ahead of important FA Cup semifinal clash next weekend. This is how I expect both teams to lineup on Wednesday.

Match Predictions: United struggled badly against Villa at Old Trafford last weekend and Palace are much better side than the relegated Villa and we can expect a much more competitive game. United need to score early to ease the nerves. Team selection will be the key and I just think with Young, Valencia, Rooney all back and fit again I think United will have enough in their locker to win this one.