England are set to start their 2019 Six Nations Rugby championshop with the opening game against Ireland in Dublin on Saturday, 02 February 2019. Its a massive game for England and Ireland where they winners will be odds on favourite to go all the way and win this year’s event. On this page you will find all live streaming links of England international football and Rugby matches throughout the 2019.

England Upcoming Matches: England start their road to Euro 2020 and FIFA World Cup 2022 in September 2018 when they play against Spain in the UEFA Nations League and the friendly match against Switzerland. On this page you will find live streams of all England matches throughout their international campaigns.

England vs Spain Preview: England’s first game after 2018 World Cup will be against Spain which is a competitive one in then newly formed UEFA Nations League. Gareth Southgate had the second youngest squad in 2018 World Cup and he seems to continue in trusting youngsters as the move ahead after what was a rather successful World Cup campaign.

Spain On other hand got knocked out in the hands of Croatia in round of 16 and there were some inquest back home. However they brought in Luiz Enrique as the head coach and he already have his authority with sacking some under performing players including Jordi Alba. 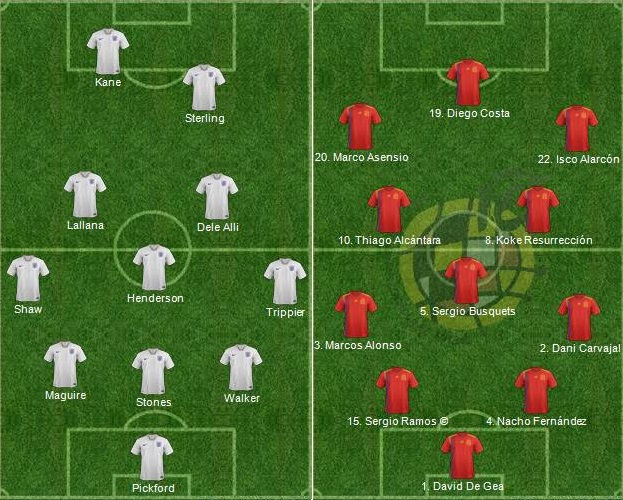 Match Predictions: England fans were surprised by how far England made it into the World Cup 2018 but a late comeback by Croatia ended England’s chances of reaching first World Cup final appearance since 1966. However the signs were healthy with some players yet to reach their peak and others playing on a higher level than expected. England play wounded Spain who will be looking to bounce back after disappointing campaign in World Cup 2018.