Chelsea are set to take on Everton in the English Premier League game on Saturday, 23 December 2017 at Goddison Park, Liverpool. This will be a huge game for Chelsea who are looking to keep the pace at top of the table and go level on points with second place United with a win over Everton. However, this Everton side are a total different beast under Sam Allerdyce who have turn things around since taking charge at the club. Anything but a win for Chelsea will put the team and specially manager under pressure which makes it an exciting game. Match will kickoff at around 12:45 uk time and we will have match highlights after the game is over.

Short Match Preview & Team News:. Chelsea have had the better of Everton over the last last few years. Infact they have won four of the last four matches winning all convincingly and should go into the game as red hot favourites to take all three points. Chelsea have already beaten Everton twice this season but under new manager Sam Allerdyce, Everton might make it difficult for Chelsea and snatch a point or possibly win considering their performances against the top six teams this season. 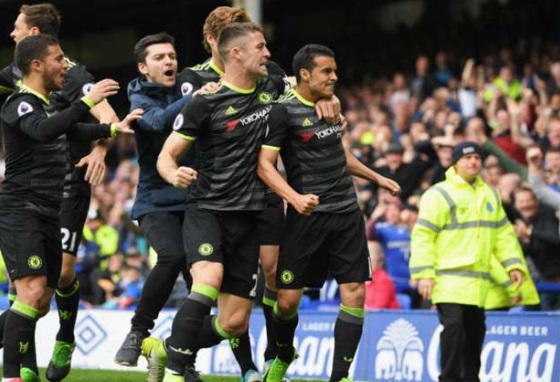 Last time these two meet Chelsea ran riot 3-0 at Goddison park towards the end of last season in April 2017 on their way to Premier League title.

Everton are coming into this game on the back of couple of great performances against Stoke City and Manchester City. First they defeated Stoke 1-0 thanks to Wayne Rooney goal in opening game of the season and they almost got three points against City at Etihad with Rooney again on scoresheet only for a defensive error which lead to equalizer towards the end of second half. 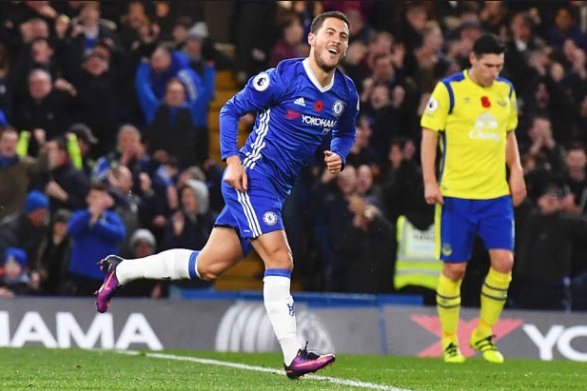 Chelsea scored an impressive 5-0 win against Everton when these two last meet at Stamford Bridge back in November 2016.

Possible Starting Lineups: Chelsea might still be without their talisman Eden Hazard who is recovering from injury but might just be named on bench. Deigo Costa is unlikely to be involved with Chelsea squad again under Conte while Cahill will miss through suspenion. Alvaro Morata should start upfront with Pedro, Willian starting in attacking roles. 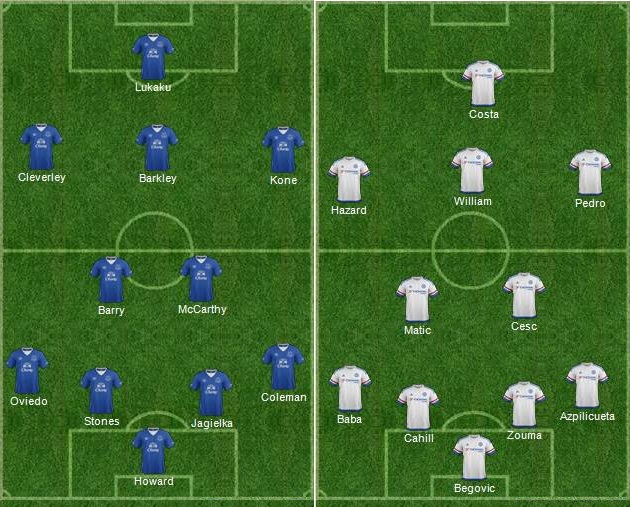 On this page we will have the goals video from the match as soon as they are scored while immediately after the final whistle match highlights will be placed here in english and other commentaries. You can also expect to see longer highlights with BBC Motd highlights of Chelsea-Everton encounter available later in the night.

Predictions:If Chelsea has really turn their form around this will be the perfect game to judge it as Everton has the tendancy to up their game a notch when they take on so called big teams in the league. Former Chelsea player Romelu Lukaku is in superb form of late and he will be the key man for Everton. I am going with a 2-1 away win for Everton against Chelsea.