Jurgen Klopp’s Liverpool are in absolute beast form at the moment and they ripped Everton apart in what was a superb performance by Liverpool who made as many as 9 changes in the starting lineup. Liverpool scored two goals in as many minutes just before the break and went into the halftime with a 2-0 lead with Origi and Mamadou Sakho scoring for the homeside at Anfield. Ramiro Funes Mori was sent off just after the break to put more misery on Everton. Sturridge added the third as Liverpool ensured all three points in a derby game.

Divock Origi continued his superb run of goal scoring form for Liverpool as he put the home side 1-0 up in 43rd minute heading home first of Liverpool’s goal. Minutes later Mamadou Sakho scored to make it 2-0 and pretty much kill the game off. 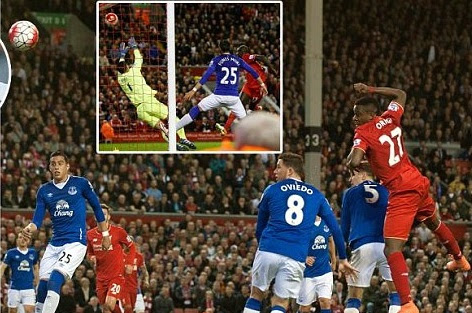 Ramiro Funes Mori task became even more difficult in second half when Ramiro Funes Mori was sent off with a straight red for his horrible tackle on Divock Origi who left the pitch on stretcher. Referee had no choice but to send him off. 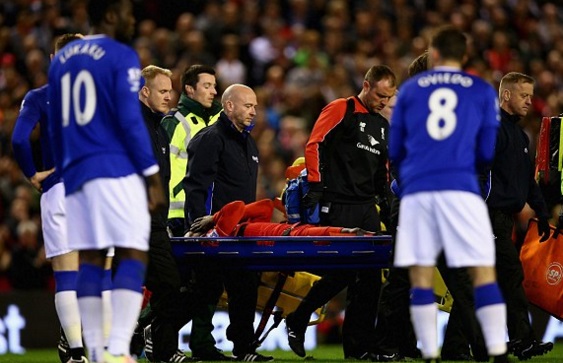 Divock Origi was clearly in terrible pain when he left the the pitch, he was replaced by Sturridge who scored minutes after coming on as a sub to take Liverpool’s lead to 3-0

Match Preview & Team News: Liverpool are in such great form that they can go within two points of 5th place Manchester United and only 6 behind Arsenal and City who are 3rd and 4th in the league. Looking at Liverpool’s recent form they might cause an upset by taking fourth place (highly unlikely though).

Last time these two meet was back in October when Romelu Lukaku scored to cancel out Danny Ings opener at Goddison Park. But going into Wednesday night football its hard to see Everton getting anything at anfield which has kind of become a fortress for Liverpool.

Seamus Coleman and John Stones face late fitness test but both are expected to start in the back four alongside Phil Jagialka. Read more at: Deolofeu is another player in contention to start against Liverpool alongside Steven Naismith and Ross Barkley with Lakuku leading the forward line.

Liverpool will have Danial Struridge back in the starting lineup which means Benteke might miss out. while Rodgers is likely to keep 3 man defense of Skrtel, Sakho and Emre Can with Moreno and Clyne as wingbacks. Here is how I expect both teams to lineup. 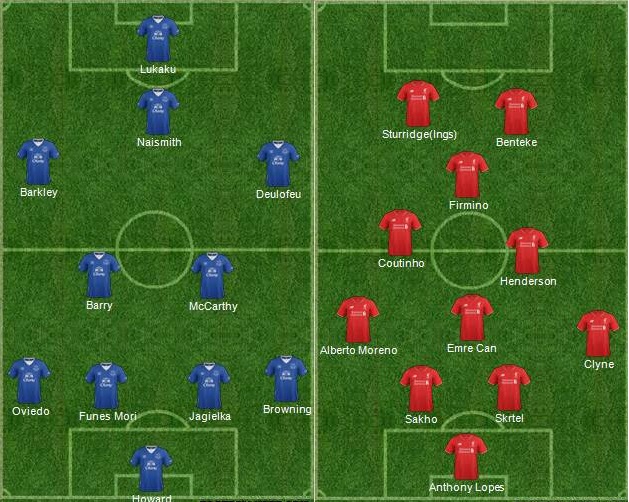 Match Predictions: Its hard to see Liverpool getting anything out of this match considering their form in last five matches. Everton has a very solid team and even on paper they look better than this Liverpool sides which is kind of out of balance. I can see goals in this one and a narrow home win for Everton.