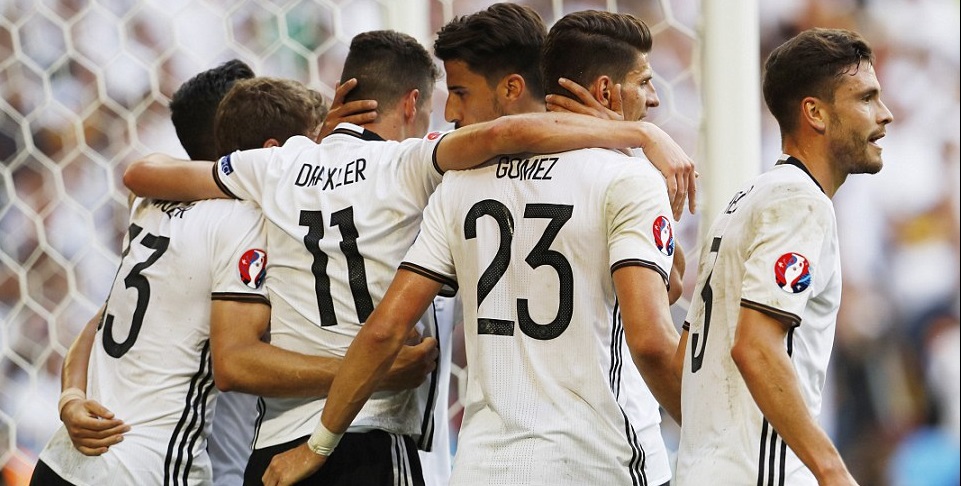 Germans took on Slovakia in the round of 16 game on Sunday evening and it turned out to be a very routine win for Germans who took the early lead through unlikely source in Jerome Boeteng while Mesut Ozil missed a penalty few minutes later but there was no respite for Slovakia who conceded second of the night at the worse possible team going into the break. Julian Draxler came on as substitute to score Germany’s third goal and pretty much ended the contest. It was a superb all around performance from Germany who will be playing winner of Italy vs Spain game in the quarterfinals.

Having seen all the previous knockout ties ended in very competitive fashion expert were regarding Germans to win but not as convincingly as they did against Slovakia. Two first goals had already put Germany in cruise control while Draxler scored the third after the break to confirm their place in quarterfinals.

Preview & Starting Lineups: Germany are coming into this game on the back not conceding a goal in more than 400 minutes in international football, But it was Slovakia the last team to put one past Neuer. Slovakia has already beaten Germany in the build up to the European Championship. It sets up another mouth water contest where Slovakians will be looking to make it difficult and ugly battle on Sunday night.

As far as team news is concerned we can safely assume that Joachim Löw will start with Mario Gomez upfront who is the only recognized center forward in the lineup. Thomas Muller, Ozil and Götz are set to start in attacking roles with Khadira and Kroos will play in central midfield roles.

Slovakia are also set to keep the starting lineup which took the field against England in the last group game. Duda will lead the attack while Hamšík, Mak, Weiss and Kucka will start in midfield. The expected lineup of both teams looks like this. 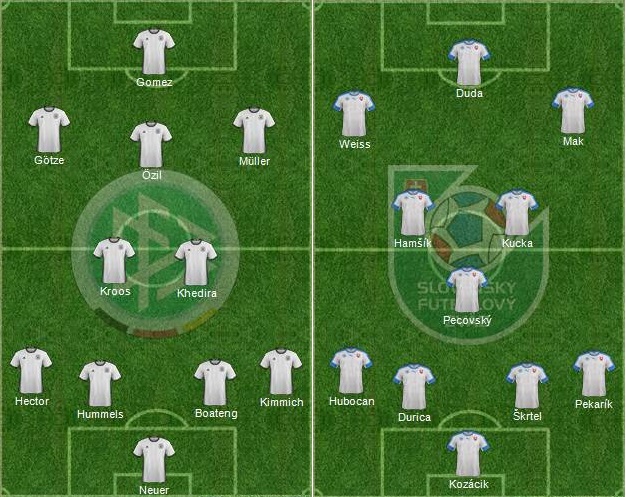 Match Predictions: Germany will be vary of Marek Hamsik and threat he posses in the final third while Portugal’s late win over Croatia will also help Germans start the game with more intensity as the longer the game goes more chances Slovakia will have to get that odd goal. I am going with Germany to steamrole Slovakia with first half blitz and a comfortable win.