Germany women team kept their stunning run of form in the 2015 FIFA World Cup with another thumping win, this time against Sweden in the Round of 16 knockout tie. Germany took the lead in 24th minute with Mittag scored the opening goal which was later doubled by Sasic with a penalty.

Another goal in second half from Sasic made it 3-0 before Sweden got a cancellation goal in 82nd minute through Linda Sembrant. Germany rounded things of with a resounding victory of Sweden with a 4-1 scorline as Marozsan scored in 88th minute to complete the round.

Germany will now face either France or South Korea in the quarter finals and they will know their opponent after todays round of 16 ties which also include France vs South Korea.

Germany women team is odds on favourite to reach 2015 women world cup final and they start their knockouts journey against Sweden in the 1st round of 16 match set to take place this Saturday, 20th June 2015 in Lansdowne Stadium in Ottawa kicking off at 16:00 local time.

Sweden on the other hand qualified without winning a game as one of the best 3rd placed teams, they scored 4 goals in 3 matches and also conceded 4, they pose a real physical threat to any team in the competition. 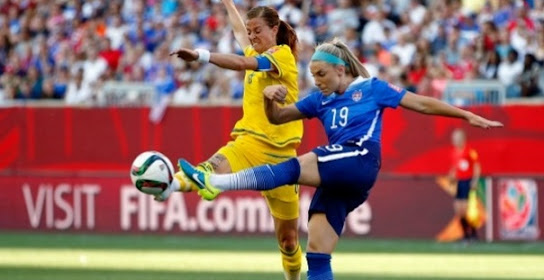 But Sweden will be happy to have qualified from what was widely regarded as the group of deal with USA, Australia and Nigeria all very competitive teams. Now they face their biggest challenge yet and there won’t be a better time to raise their game as the stakes are high a good performance against the best team in group stages will put them in the quarter final.

Germany women team was the pick of the team in the group stages as they went unbeaten winning 2 and drawing one game in process scoring 15 and conceding just 1 goal in three group games and qualify as the group winners. Germany are one of the favorites now to go all the way and win the competition. 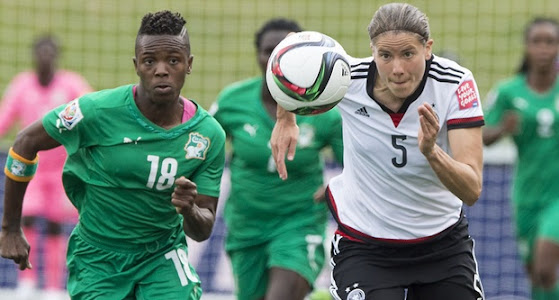 Sweden are a very very difficult team to play against and beat as the results in the group stages shows, USA and Australia found the physical side of Sweden women football hard to cope and Sweden were one of the teams who every one wanted to avoid. Now free scoring Germany side has a task at their hands, although Germany will be favourite with their slick yet organized football Sweden can pose real threat on set pieces and corners.